This tomb, located in the Saint Denis Basilica, was commissioned by Mahaut of Artois for the church of Cordeliers in Paris. It was created by Jean Pépin of Hyu. Robert of Artois is represented as a knight with a shield. With its spirited attitude and its soft and gentle face, this recumbent effigy is considered as a masterpiece of the 14th century. 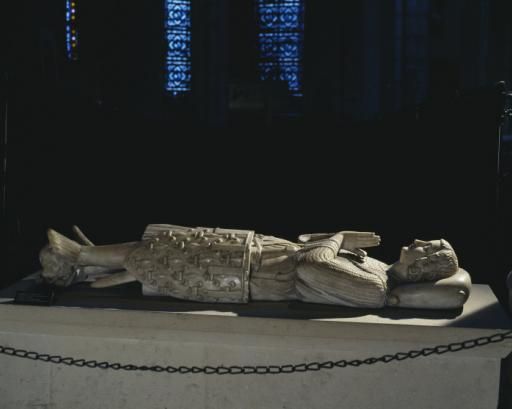