The last king of Little Armenia, sent into exile, took refuge with Charles V, and then with Charles VI who paid tribute to him by erecting a tomb in his name in the church of Celestins in Paris.

In accordance with oriental tradition, the lying recumbent holds a pair of gloves in his left hand, a distinctive sign of important people. In French tradition, the mark of the sovereignty of the person who is depicted on the tomb is the hand of justice. 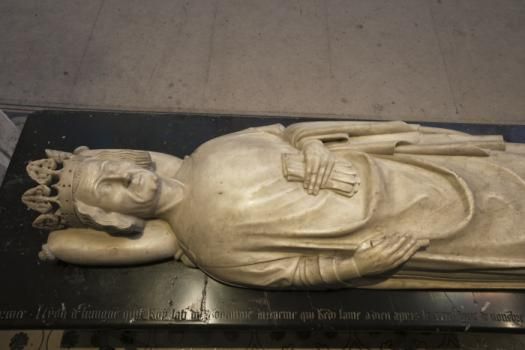