Charles VI was crowned king at the tender age of 12. His reign was irregular and his mad fits almost jeopardised the French monarchy.

The recumbent statues of Charles VI and his wife, Isabeau de Bavière, were positioned in the 19th century on a black marble slab as what often the custom at that time. Thanks to good conservation, the recumbent statue of Charles VI allows one to observe the complexity of the royal garments and to reveal his insignia : the crown, sceptre and the hand of justice. His face is an expression of deep sorrow. 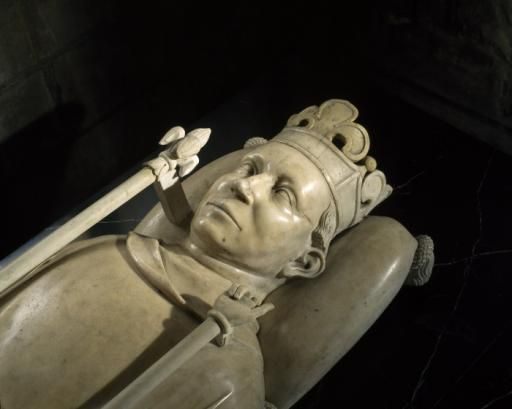