Charles IV of France, Philip IV of France’s last son, commanded this recumbent effigy aroud 1327. At first, it was standing on a black marble slab. Saint Louis IX’s grandson is represented holding a scepter with one hand, and his opened royal coat in his other hand. Glass pastes and colored highlight inlays have disappeared. 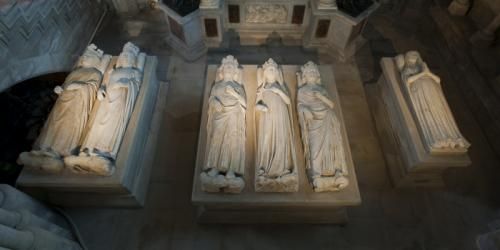