Philippe VI inherited the throne on the death of his father, Charles IV. Edward II of England also claimed to rule over France and did not recognize his sovereignty. The rivalry of the two grandsons of Philippe le Bel, saw the birth of The Hundred years War.

This funerary statue is realistic, the worn out face of the sovereign supreme represents the end of the difficult reign marked by war, famine and plague. The emblem of the coronation, the scepter and the hand of justice, which no longer exist, as well as the four-fleuron-crown which is said to have belonged to Charlemagne, are represented to proclaim the legitimacy of the supreme Valois Dynasty. The sculptor André Beauneveu was commissioned by Charles V, his grandson, to create this recumbent statue in 1364. 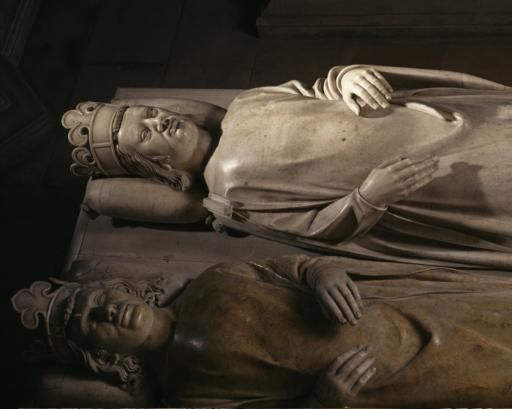