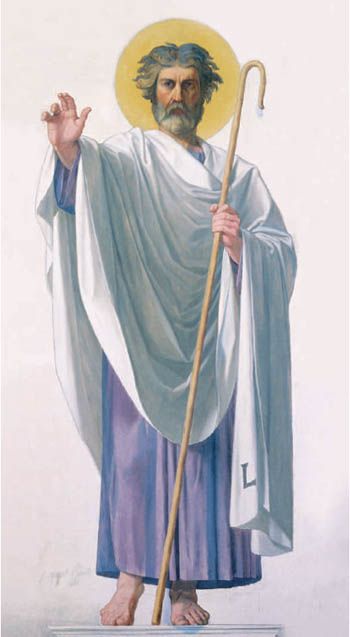 Saint protector of the kingdom, Denis was worshipped in many churches in France.

From the Middle Ages on and throughout the Old Regime, worship of saints increasingly took hold in small country churches and inspired a more popular art, a so called Naîve art. Within the context of the war of religions, catholics strove to react to protestant criticism of the worship of saints by creating a more intimate bond, a more personal relationship between followers and their patron saints. Saints had to be friends on whom they count. Production of new representations of saints contributed to this evolution. Therefore, worship at that time of St Denis generated an increrasingly abundant iconography, diverse and sometimes fanciful as much in the statuary art as in the painting, as much in the art of stained-glass as in the imagery of devotion. (fig.1).

A St Denis closer to his followers

The austere Denis of ancient times made room for the smaller, more pleasant, more humane Denis, immediately accessible in the eyes of followers and pilgrims (fig.2, below). In this context, representations of St Denis appeared with ‘two heads’, where the sacred bishop, his head firmly planted on his shoulders, holds his severed head in his hands that seems to be an offering to his followers for their devotion to him. The saint appears as a genuine living being to whom the devout can communicate while the severed head is reduced to the level of a single attribute simply to be able to identify the character.

While the Basilica of Saint-Denis remained, par excellence, the place where the parton saint of the kingdom was to be rejoiced, several more lesser known sanctuaries – parish churches or simple chapels – also venerated St Denis throughout different regions in France. In some cases, it could be said that our saint took the place of a former pagan worship devoted to the Greek God Dionysos, but, more often than not, it concerned rural domains once the property of the abbey of Saint-Denis or Pious foundations built tardily in honour of the saint. It was the case, for example, for the chapel Saint-Érige in Auron, that possesses a cycle of mural paintings from the 15th century illustrating the martydom of St Denis (fig.4 and 5).