The recumbent effigy of Louis X the Quarreler was commissioned by his brother, Charles IV, towards 1327. It has preserved the canopy that surmounted it. King Louis X had a brief and difficult reign. Clementia of Hungary, his second wife, whose effigy lies in Saint-Denis, gave birth after his death, Jean I called the Posthumous. Louis X's daughter Joan II of Navarre is also present in the Basilica. 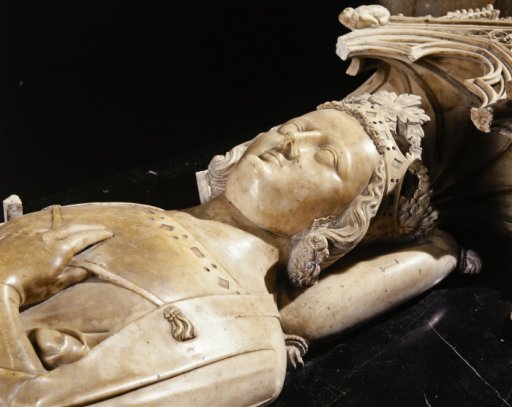