The half-sister of John I of France, the posthumous and first daughter of Louis X of France, had been put aside from the realm if favor of her uncle Philip V of France. Nevertheless, she became Queen of Navarre. Her recumbent effigy shows her wearing a veil specific to widows covering a large part of her face. 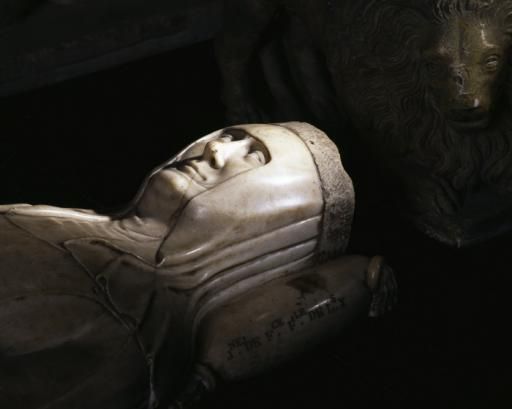