Clementia of Hungary, daughter of Charles Martel of Anjou - King of Hungary, and second spouse of Louis X of France.

Clementia of Hungary was pregnant with her son John I of France when her husband, Louis X of France, died. She was buried at the Church of the Jacobins. She is considered as a queen. Nevertheless, she does not have a scepter but she is joining hands. 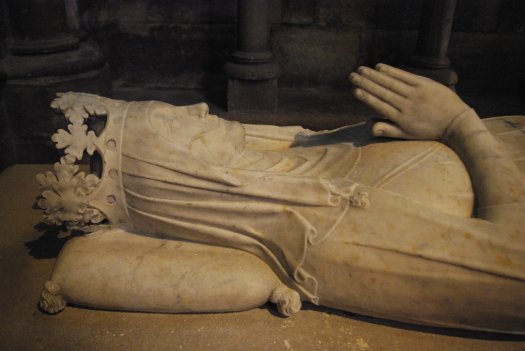