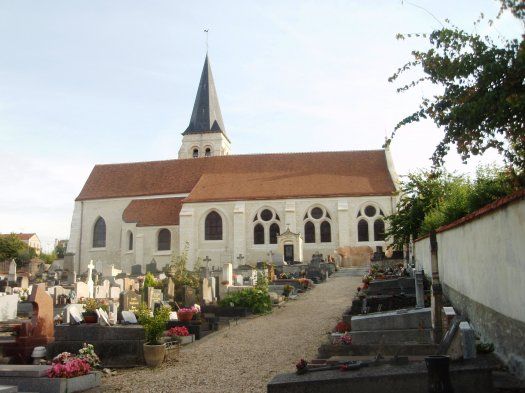 Noisy-le-Grand found its place in history through a tragedy recounted by Gregoire de Tours in his Histoire des Francs written in the 6th century. Fredegonde (545-597), third wife of Chilpéric I (539-584), king of Neustrie, with a number of assassinations to his credit, forced her husband to have her son murdered, Mérovée (?-578), then Audovère, Chilpéric's first wife and the mother of her children. Clovis, Chilpéric's second son, was imprisoned in the jails of the royal "Noisy-le-Grand” palace by the same Fredégonde. Clovis was found dead. Suicide, said the stepmother but rumor said it was murder.

First, Fredégonde had the prince's body buried at the foot of a wall in the chapel and then disposed of the body by having it thrown into the Marne. The body was supposed to have drifted down water until a fisherman discovered it and gave it a burial. It was only after Chilpéric's death that Gontran, Clovis' uncle, discovered the truth. The prince's body was then brought back to Noisy le grand chapel. Years later, a large procession accompanied the princely remains to Paris where the bishop celebrated a solemn funeral for Prince Clovis, the great grandson of Clovis I, the unifier of the Franks. According to Gregory of Tours, a Christian oratory was built in memory of the prince. It is on this presumed site that the parish church of Saint-Sulpice was built.

In 1060, Henry I and his son Philip signed a charter in favour of the Saint-Martin-des-Champs church in Paris, under which the king transformed the Parisian church into an abbey and offered the abbots six royal estates, including Noisy-le-Grand and the surrounding lands. At the same time, Geofroi, the Bishop of Paris, granted them the chapel previously held by Count Hughes of Dammartin. From then on, the abbot exercised the rights of high justice which gave him power of life and death over his subjects. The monks also owned a seigneurial farm in Noisy-le-Grand, where pedestrian and cart door arches, still visible in the Artists' Garden, are the rare remains of 15th century civil architecture that can still be seen today.

The monks of Saint-Martin-des-Champs were planning to build a new church in Noisy le grand. First planned near the Carolingian cemetery of the Mastraits (near the current Liberation Square), protests by the various lay lords on the riverside forced them to withdraw to the site of the original chapel. The first phase of construction concerned the bell tower. Begun around 1130-1140, it was adjoined by the chapel and built in a pure Roman style. Its square base, its arched windows with columns and capitals are reminiscent of the bell tower of the mother church of Saint-Martin-des-Champs in Paris, where the current building remains are preserved. Despite restorations carried out by the mason Pierre Grognet, in 1760 and then those undertaken in the 20th century, the bell tower has managed to keep its original structure.

Sculptures referring to the Crusades 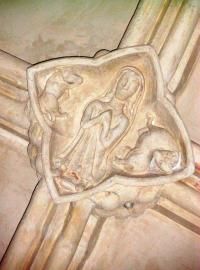 After the bell tower, work continued with the construction of the nave and choir around 1245. The buildings are organized around the primitive chapel, which is preserved. It currently forms the apse of the north aisle. Despite the offensives suffered during the Hundred Years' War and then the Religious Wars, the interior of the church saw little damaged. The sculptures of the capitals and keystones reveal the particular originality of this building. If the traditional subjects of religious iconography are present, with, in particular, keystones representing Saint Genevieve or the Paschal Lamb, careful observation of the sculptures shows surprising representations among which two figures (a profile and a face) with black features that some attribute to an allusion to the crusades.

The parish church received its dedication in 1484, two hundred and fifty years after its construction began, and was dedicated to the cult of "Our Lady and Saint Soulpice". The bishop of Paris, Louys de la Foures, future archbishop of Rouen and brother of an abbess of Chelles, presided over the ceremony. On this occasion, an engraved stone paid tribute to the generous donors who made it possible to complete the work: Jehan Groignet (perhaps the ancestor of the mason of 1760 whose spelling of the name may have changed or been mistranscribed) and his wife Rauline, represented at the top of the stone, kneeling before a Madonna. Pulled loose by the sans-culottes of 1789, the stone was found in the 19th century, covering a sewer manhole.

The funeral slab of Perrette Franchin, benefactor of the parish, has been preserved in the church since 1659 and surveys carried out in 2003 revealed other burials, one of which is dated from the 7th century. These excavations have revealed foundations attributed to the 12th century church, or even to earlier foundations. One of the three holes drilled against the exterior wall uncovered a small excavation, a pit or pole hole, that can probably be dated back to the Merovingian period. It was in the church of Saint-Sulpice de Noisy that the Viscount of Beauharnais married Josephine Tasher de la Pagerie on December 13, 1779.