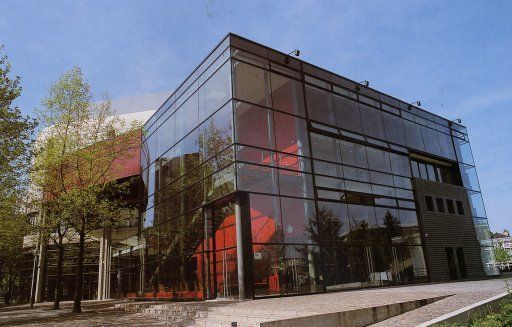 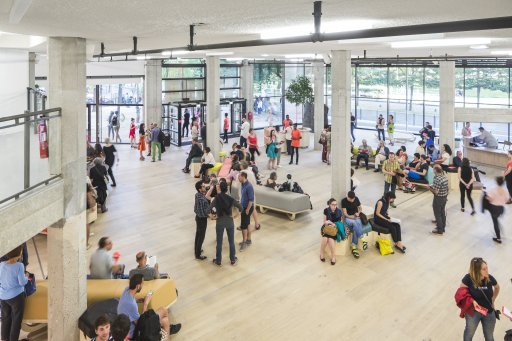 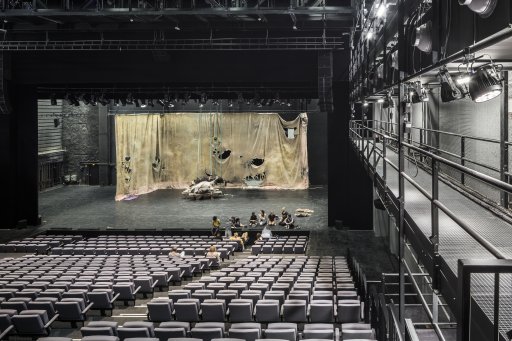 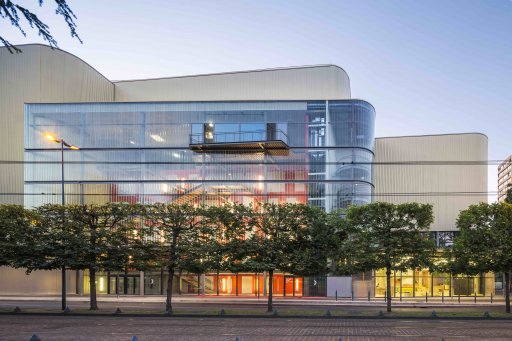 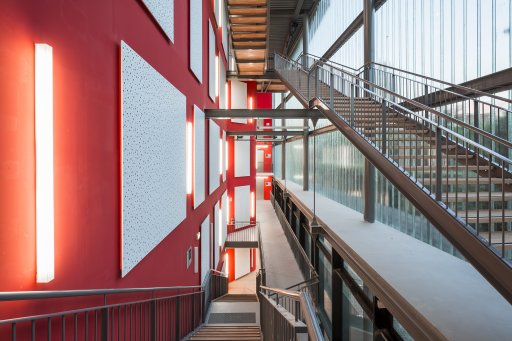 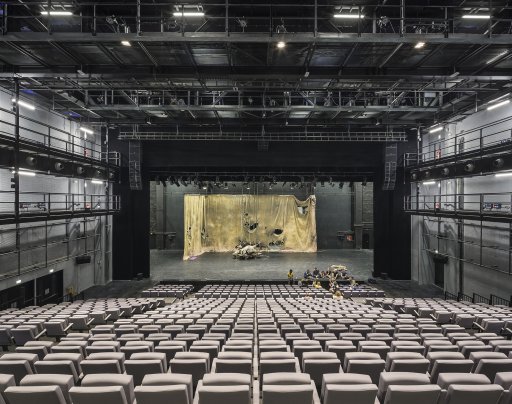 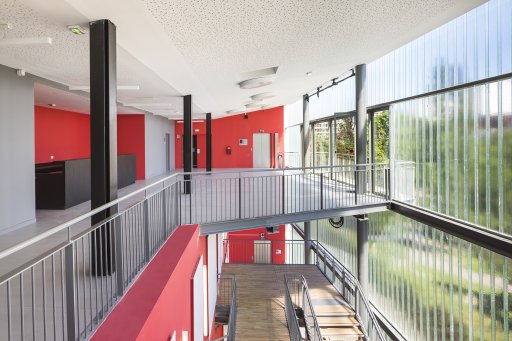 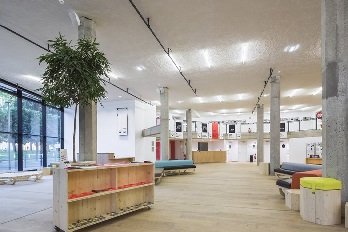 The style chosen for the building was that of industrial architecture, and MC93 is characterised by bare materials, concrete, girders and metal cladding, steel and white earthenware. Entry is by a very pronounced large entrance foyer, originally a square but then extended to the front by later building work, from which all parts of the building can be reached, notably via a mezzanine surrounding it on three sides. The extensions to the building, in 1999, redefined its exterior appearance with blocks of glass which clad some parts of the exterior of the original building.