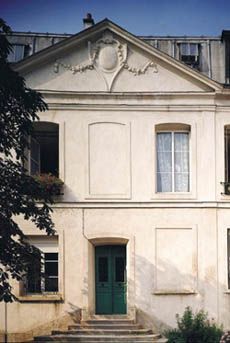 This is one of the oldest houses in Bagnolet. According to historical fact, its first owner was Cardinal Du Perron (1556-1618).

Born in Switzerland into a Calvinist family, Jacques Du Perron was taken to Berne in his childhood in order to escape persecution. He received an excellent education. Upon his arrival in Paris, he abjured Calvinism and became reader for King Henri III, and took holy orders in 1593. Upon the death of Henri III, Jacques Du Perron rallied to Henri IV. He was made Bishop of Evreux, and in 1795, was sent on a mission to Rome where he obtained the lifting of excommunication of the King without revocation of the edicts favourable to the Protestants.

From legend to reality

Jacques Du Perron ordered the construction of his property in Bagnolet in 1610, a property whose pediments were adorned with arms. The coat of arms has, for a long time now, been recovered and whitewashed. It is said that Bagnolet was his favourite vacation spot where he invited his literature friends such as Ronsard. Very ill, he had to move back to Paris, in 1618, where he died. Unfortunately for Bagnolet, the historical truth obliges one to say that the owner of the estate house was not cardinal Jacques Du Perron but his brother, Jean Du Perron, who was also archbishop of Sens.