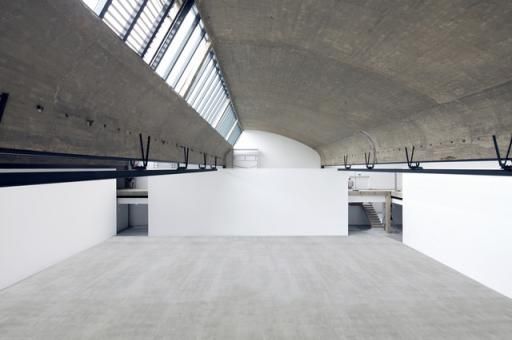 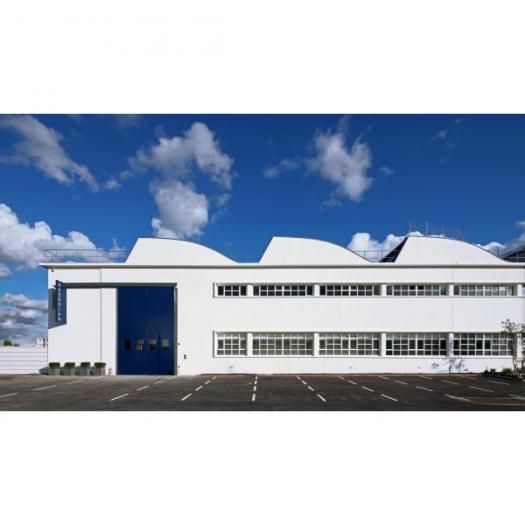 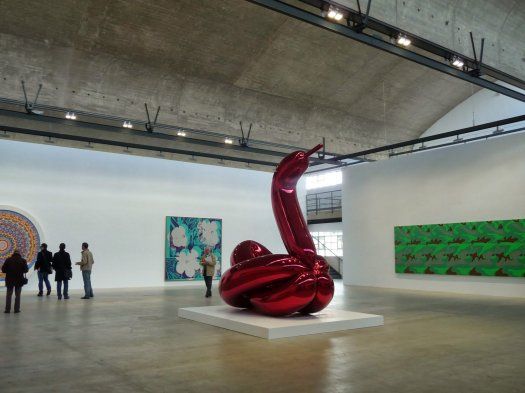 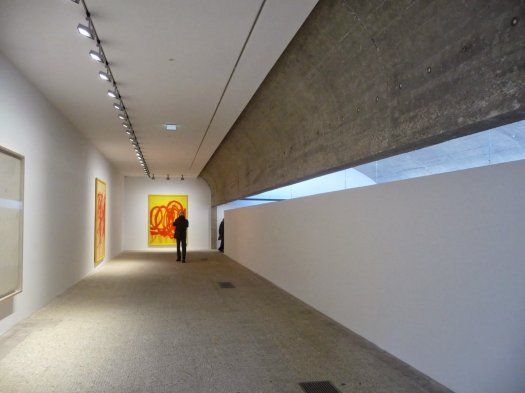 Located near Paris Le Bourget Business international airport landing strip and the air and space museum, Larry Gagosian owns an art gallery of about 1650 square meters on two levels to present monumental artworks such as those that inaugurated the gallery : “Morgenthau Plan” by Anselm Kieffer.

Jean Nouvel, with the collaboration of HW architecture, showcased the gallery : a 340 square meter loft will be devoted to exhibit large scale works of sculptures, paintings and many other artworks in the gallery.

This industrial building, dating from the 1950s, offers the art dealer a space to work, unprecedented in its history. The natural light from the sheds (sloping glass roof panels) is complemented by the architect’s lighting-system-design which, like the rest of his contribution, was created in a minimalist style.

After the continued success of the first three galleries: New York and two in London, as well as those of Beverly Hills, Rome, Athena, Geneva, Hong Kong, Le Bourget gallery is the second one that larry Gagosian has opened in Paris.

Larry Gagosian has sponsored several major international museums and prestigious Art organizations. He provides them with technical support for many artistic projects and for prestigious institutional exhibitions. In the Spring of 2010, he was honored by the American academy of Rome, the “prix de Rome” for his continued engagement and participation in Art. In autumn 2010, the French government awarded him with the prestigious French “Chevalier de la Légion d'Honneur”.

Gallery opening hours : Tuesday to Saturday from 11am To 7pm