What to do and visit in Dugny? 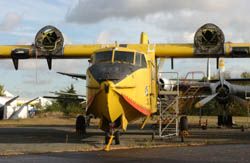 Dugny, located close to Paris, witnessed the complete destruction of its past, including the Gallo-Roman era, by bombardments that the Dugnysians suffered during the Second World War. An emotional visit.

The origin of the name is Gallic. The Gallo-Roman word “duniacum” means the winner. At the time of Gaul, Dugny was already a small town in the north east of Paris. During excavations, vestiges of Roman relics, in particular a Pyxis were discovered. The town preserved a rural character over the centuries before becoming the ideal holiday village for Parisians in the nineteenth century .

Occupied at first by the Prussian army in 1870, Dugny suffered a lot during the Second World War. It was a strategic objective point due to the German base established on its territory. It suffered from allied bombs destroying it to almost 95%. Dugny was quoted in the Army Forces Act and received  “La Croix de Guerre” with palms.

Today, the city retains a significant military presence. You will be surprised to discover during your visit of the heritage trail that a large part of the Bourget Airport is located on its territory. You should also know that part of the collections of the Air and Space Museum are located in the Dugny region. These restoration workshops shelter aircrafts in its hangar or directly on the tarmac. Visit of the maintenance workshops in Dugny are organized regularly; it is the opportunity to see these aircrafts undergoing maintenance and to chat with some of the professionals from the aeronautical sector.

To discover more sites close to Dugny in Greater Paris, check out our program on industrial tourism visits and walking tours in the territory of Seine Saint Denis situated near Paris.