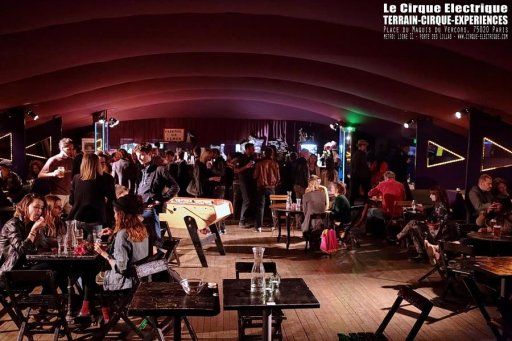 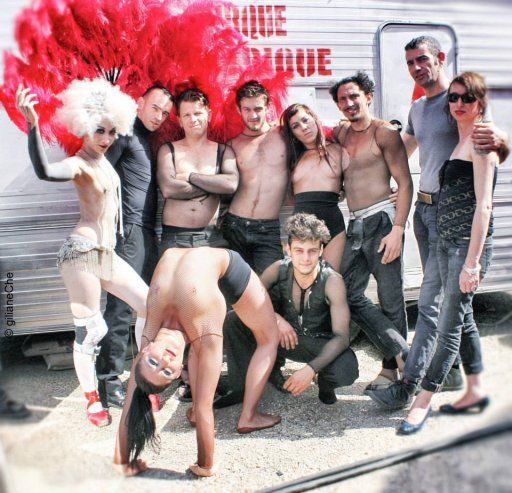 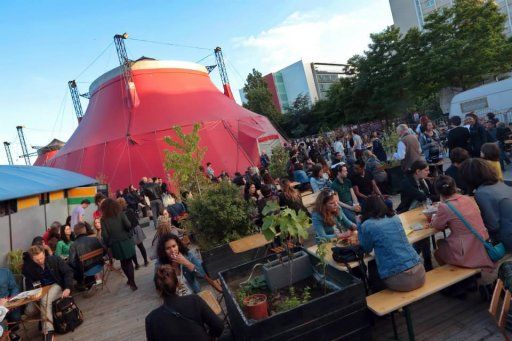 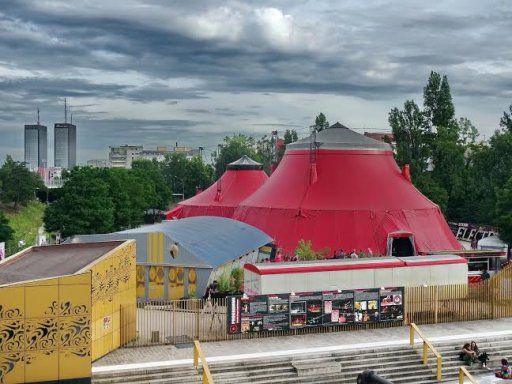 It was in 2011, on an invitation by the city of Paris and thanks to a funding opportunity, that the Cirque Electrique Company settled on the pavement at Porte des Lilas over the ring road. At the cross roads between several towns, between Paris and Seine-Saint-Denis, on an overhanging slab of concrete, three big top were set up along with a carrousel and caravans. A hybrid circus programme is proposed.

A genuine universe exists at Cirque électrique where you oscillate between circus tradition and the reality of a radical and modern urban culture. It features electro-punk inspirations, performances, burlesque...

At Porte des Lilas, it benefits from a surface area of 25 hectares adjoining the boundaries of three neighbouring communities: Les Lilas, Bagnolet and Pré Saint Gervais and two Parisian districts (20 and 19). The project was the desire to create cultural links between the inner suburbs and Paris through the space dedicated to creation, to the distribution and transmission of circus arts initiated by the Town Hall of Paris. Cirque Électrique, is the prime contractor of the investment project bringing their experience in the field to the service of the project.