This new contemporary circus, also known as Nouveau Cirque is a wonderful synthesis of many artistic fields. More complex than the traditional circus, it feeds on theater, dance, music, happening concepts and video projections. 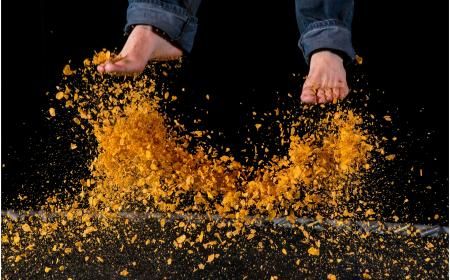 New circus also known as Nouveau Cirque, what it is ? where is it?

Seine-Saint-Denis tourism strives to showcase this artistic talent particularly present in its territory, on a scale that makes senses, integrating thus the structures of Grand Paris (Greater Paris).

Contemporary Circus breaks all rules and conventions of the traditional circus and it is often in springtime that this comes about. Festivals, shows, backstage visits, workshops... Greater Paris is buzzing with circus shows, some offering a first and unusual performance in their presentation, poetry, inventiveness. An immersion into the enchanted world of Circus arts, clowns, dance, music, video… we did say total Art !

Circus: a modern art : taking its roots from the confines of history. 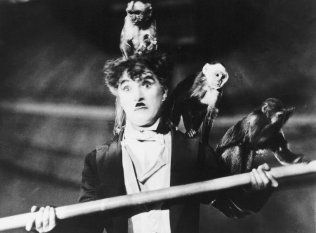 The circus is the "result of a crystallization of influences: haunted by the memories of the Sumerian and Egyptian acrobats, the virtuosity and flexibility of Chinese contortionists or the agility of African acrobats…” The word Circus comes from the Greek word Krikos which means a ring and the Latin word circle. The show takes place in a circular ground around which spectators position themselves. The modern circus was first created in England in 1768, but there were law legislations governing speech on stage. The circus was therefore silent and favoured short sketches working more on the spectacular rather than overall coherence. The circus gradually became codified organized around the more or less rigid conventions.

The modern circus appeared around the 70s, freeing itself from circus codes and circus vocabulary that were considered too traditional.

1974 saw the creation of the first two circus schools in the West with Annie Fratellini and Pierre Etaix on one side and Silvia Monfort and Alexis Gruss on the other. These schools dissociated circus techniques making them independent. Juggling, clowns and acrobats identified both practices and companies and thus gave way to a new creative language.

In 1978, the French government transferred the authority of the circus from the Ministry of Agriculture to the ministry of Culture, showing their recognition of these institutions. The new circus thus became the symbol of creativity and innovation. 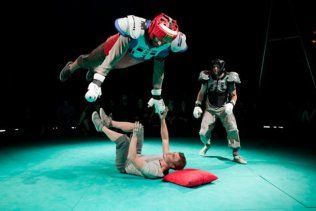 The traditional circus: divided into numbers, is built around the concept of crescendo amplified gradually by the representation of risk, playing thus on: fear, laughter, or surprise!

The circus of today is expressive. The shows have the ability to talk about anything; it is pluri-disciplinary in their permeability with other artworks, mixing circus, dance, theater… An infinite inter-crossing of themes, proposals are as diverse as the number of inventions, creating a rupture in format and discipline but also the creation of new places and esthetics. The theater has become the main entertainment venue for the circus, only twenty per cent of companies now work under the big top, opening thus to other forms of performances such as new magic and preventing other acts such as working from a great height.

The duration also changes: instead of between two and a half and three hours of traditional circus which allowed for the installation of animal cages during the intermission, shows now last for the most part between 55 minutes and one hour and a half.

Yet this multiform discipline of art is sometimes closer to the ideal of the "Gesamtkunstwerk" [German synthesis of the arts - a total artwork in which the different arts are united into a harmonious whole so that no single discipline dominates] of Wagner; but still has to provide some benchmarks. He created an inventive and autonomous language in direct engagement with the world. This "renewed circus" as it is called by Jérôme Thomas formalizes a total and intense use of the body to invent a unique art.

The new circus is therefore a great interdisciplinary laboratory, disrupting the codes in favour of a new inventiveness making it a major art. It has its place completely in this territory of culture and creation in north-east Paris. 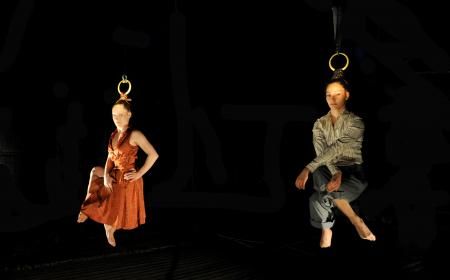 Conservatoire Citroën : the parisian museum with the double chevron logo
The Japanese culture in Paris
A trip around indian culture in Paris
The project house of the athletes' village in Saint-Ouen
Seine-Saint-Denis Tourisme
140, avenue Jean Lolive
93695 Pantin Cedex
Tél. 01 49 15 98 98