Since 2000, Da Cruz, has been adding to his graffiti painting all along rue de l’Ourcq in the 19th district in Paris, his birthplace. His picturesque frescoes have given a unique identity to the Ourcq canal. For him, his artwork is a place for exchanges and collaboration between artists, but also a struggle against the changes that are gradually becoming more visible, taking away from the authentic aspect of the area. 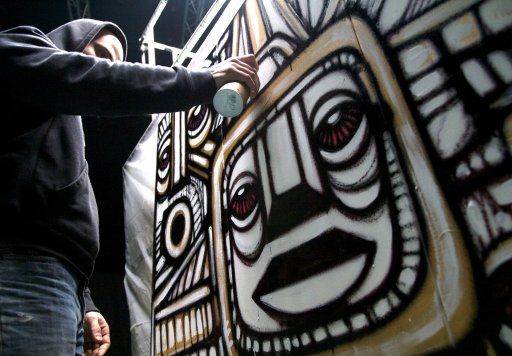 His many trips to South America, particularly to Brazil and to Africa are a source of his creativity. The confrontation with ancestral cultures (masks of pre-Colombian culture have particularly marked his work) and forged in him an urban colorful and primitive style.