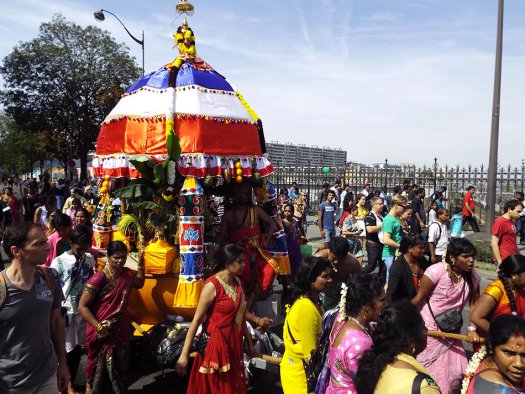 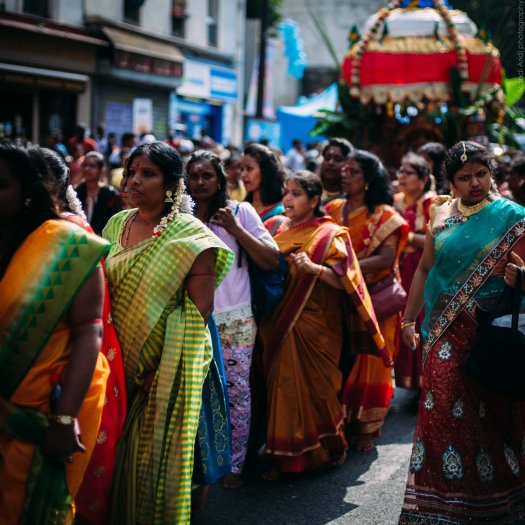 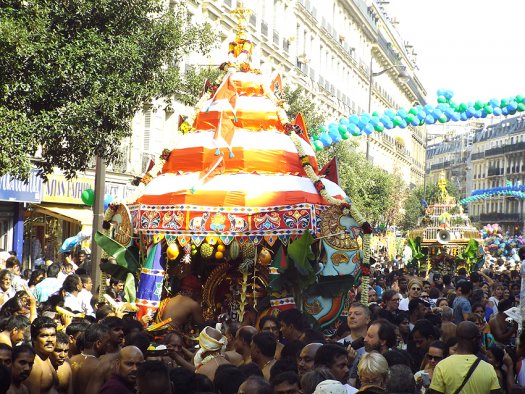 The Ganesh festival celebrates the Indian God with a procession starting from the temple dedicated to the Elephant- headed God. Do not miss this amazing and very colourful Hindu ceremony in Paris.

During this religious procession, coconuts are broken : the shell represents the world as an illusion, the flesh represents the individual karma and the coconut water our ego. This water is poured as the representation of Ganesh passes by. Symbolically, by breaking coconuts we are offering our hearts to Ganesh in exchange for his protection. The procession is composed of musicians (flute and Nageshvaram and drums). After them come the dancers carrying on their shoulders a great arch of peacock feathers called Kavadi, and other dancers carrying on their heads earthenware pots in which camphor burns. The parade float 5 meters high carrying the statue of Ganesh is decorated with fabric, garlands, fresh flowers, bunches of bananas, coconuts and betel palm tree leaves. A second parade float is drawn by woman transports Muruga, the brother of Ganesh. The goddess Durga follows in a third parade float. Offerings and snacks and soft drinks are distributed during this convivial traditional festival celebrated since 1996 in the 18th arrondissement of Paris.

This edition of the Ganesh festival will be held on Sunday, August, 28th, 2022. The religious ceremony starts at the Temple de Sri Manicka Vinayakar Alayam at 9 a.m. The festival procession will start at 10:30 a.m until 3 p.m.

Visits around the culture of the Indian community in Paris and visits of other communities are organized all year long. Check other cultural walking tours of Paris. 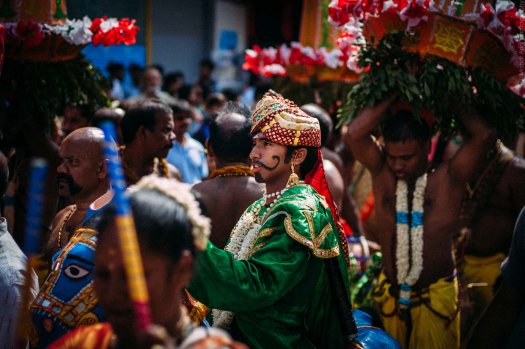