For the last fifteen years, Glazart, a concert/clubbing hall continues to highlight a venue dedicated to discovery, diversity and pluridisciplinary actions, in the heart of contemporary musical creations.

Glazart, an atypical venue in the musical life of Paris

Glazart is located in a former bus station converted into a concert hall giving it a unique setting.

With a concert hall and exhibition space, Glazart associates pluridisciplinary work, emerging music, alternative cultures and a festive mindset. The programme is eclectic and targeted : dubstep, post rock, noise, hip hop, roots, death metal, minimal, hardcore… All in an atmosphere of joy and colour, quirky and underground, ravishingly glamorous and resolutely rock'n’roll. Glazart is open more than 200 days each year! 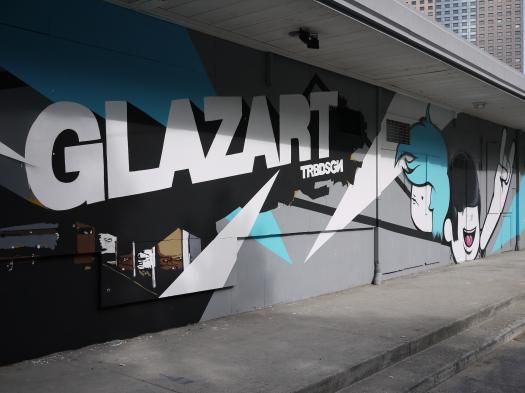 Historically, Glazart has always been open to all aesthetic-visual musical approaches, by offering at first a specialist view on the niches and styles which are often insufficiently represented in other concert venues.

Pioneer in bass music in France, Glazart stood out by hosting the first drum'n'bass party in the 90s, then the first dubstep evenings from the year 2000. It is this niche positioning which allowed Glazart to be the reference venue today for several trends, both for concert (metal, noise, reggae, hip-hop...) and club (dubstep, drum'n'bass, trance, dub, hardcore...).

Glazart is definitely out of the ordinary : its location close to Porte de la Villette allows it to really stand out compared to other clubs and concert venues. Much more Berlin in style than Parisian, entrenched in underground culture, Glazart also has a terrace for smokers, with a façade totally tagged by the artists Collective group TRBDSGN, and also an artificial beach of 800 square meters adjacent to the venue.

LaPlage welcomes from mid-June to the end of September, some famous names known to all as well as emerging artists. Organised by Glazart and Auguri productions, this outdoor rendezvous boasts an eclectic programme of high quality, in a unique setting in the heart of Paris. With its 50 tons of sand, this festive oasis, perfect for leisure, proposes each year concerts, drinks and French delicacies, clubbing, showcases, brunches, afternoons out with kids, petanque, artistic trails and special events.