After his training in an advertising art school, Medra soon became part of the crew collective groups in the southern suburbs, close to rap music groups, and moved towards graffiti. 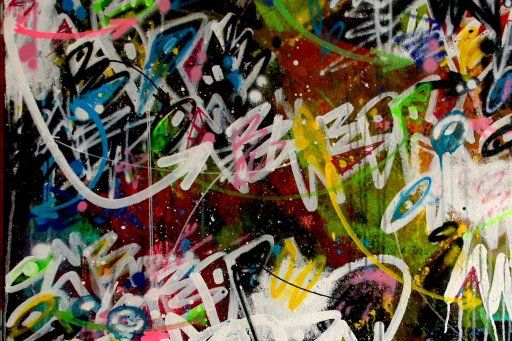 In the course of time, multiplying his experiences, Medra revealed his distinctive style and his Art rests on different supports : posters, logos, disc covers, decors, exhibitions in Paris and its suburbs, initiation workshops for all… Today, with all this behind him, "Medra" offers us an explosive urban painting style.