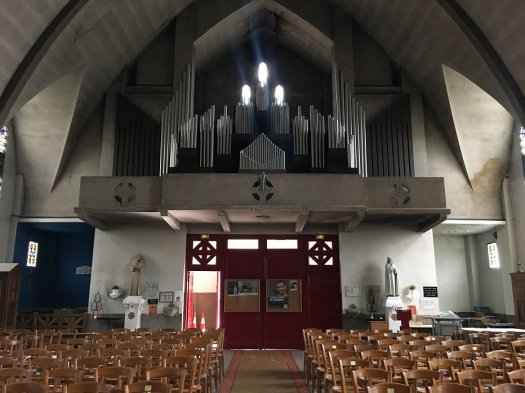 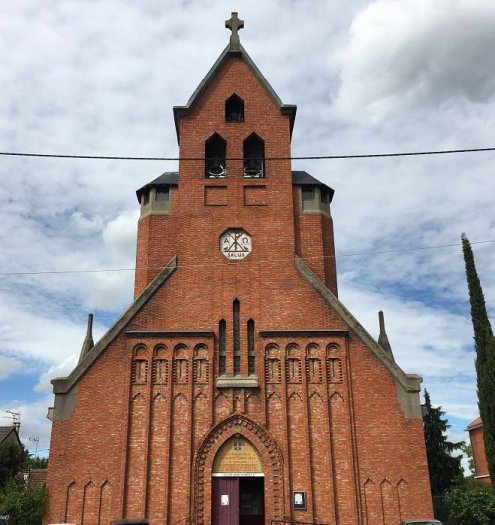 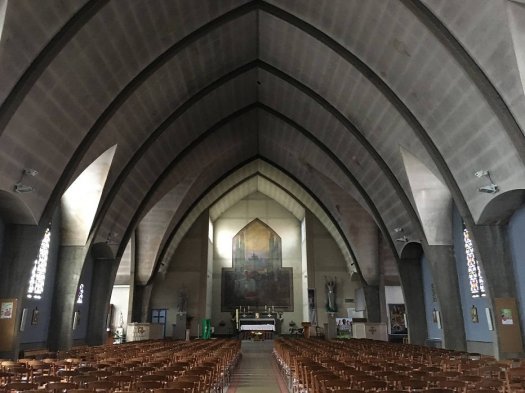 Constructed in1933 to evangelize the workers of the red suburbs, just like its big sister the church Sacré-Cœur (1930), the church at avenue du Capitaine René-Fonck in le Blanc Mesnil was placed under the protection of Saint Charles Borromée (1538-1584), a great defender of the reform of the church.

Charles Borromée, champion of the Counter-Reform

Charles Borromée, originating from a Lombardi aristocratic family (his mother was a Médicis), he studied in Milan and then Pavie. On the death of his father, in 1558, he took over family affairs. In 1561, he became secretary of State, cardinal, and then apostolic legate in Bologne, Romagna and Les Marches. He took part in the Council of Trente. During the Council, he increased efforts to reform abuses that were contaminating the church, and he drafted up the famous catechism known under the name of the Catechism of Council of Trente (1566). Nominated as arch bishop of Milan in 1564, he abandoned all his other charges to reside in his diocese where he worked on the application of the measures of the Counter-Reform undertaken at the Council.

A religious individual from the order of the Humiliated “Humiliés”, an order that Charles Borromée wanted to reform, attempted,  unsuccessfully, to assassinate him by shooting a musket-shot. During the plague that ranged through Milan in 1576, he defied the epidemic in order to bring assistance and consolation everywhere he went. He died in 1584, 46 years old, worn out by fatigue and austerities. Charles Borromée was canonised on November 1, 1610 by Paul V and, in 1697, a colossal statue in his image was erected at Arona in the Milan region.

A dedication to a predestined man

Build in brick and concrete, the architect of the church Saint-Charles, as was the case for  the church of Sacré-Cœur, used brick as ornamentation  material. On the tympanum, under the mosaic coat of arms representing the armouries of Charles Gibier, the Bishop of the ancient department of Seine-et-Oise, one can read: « to the blessed memory of Monsignor Charles Gibier, as an expression of our admiration and gratitude, the clergy and their followers built this church. » Charles Gibier, Bishop of Versailles, consecrated by Pope Pie X in 1906, was predestined to carry out an ecclesiastical career: he was born in 1849, on a Christmas night, and died in 1931, on a Good Friday!