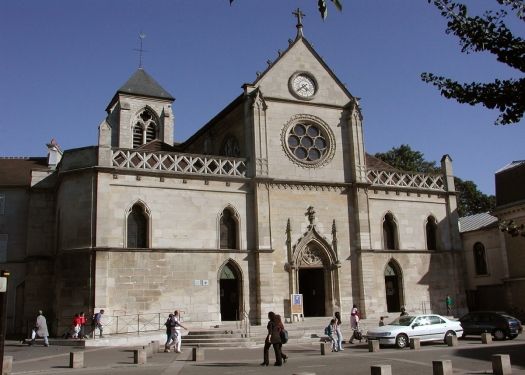 In the old area in Montreuil nestles one of the most beautiful churches in the Paris region. It seems that Montreuil parish was already built around a chapel from the Merovingian period due to the presence of a small monastery. The city owes its name to it coming from « monasteriolum », a small monastery in Latin. Dedicated to the Apostles Saint Peter and Saint Paul, the church was only completed in the nineteenth century.

Important characters have left their marks

This paris church represents a particularly interesting example of transformations that this kind of building has witnessed through time in the department. Since its construction, each century has left its imprint, embellishing and increasing the volume of the building; the evolution of all this construction work can be seen in the stones. The Parish Church of the Kings castle in Vincennes, it received visits and gifts during the entire period from the thirteenth to the sixteenth century.

Saint-Louis came "for his Easter duties", Charles V and his wife Jeanne of Bourbon were baptized there in 1375. The presence of all these important people gave plenty of privileges to the inhabitants of Montreuil, including that of paying less tax.