The Shoah Memorial in Drancy 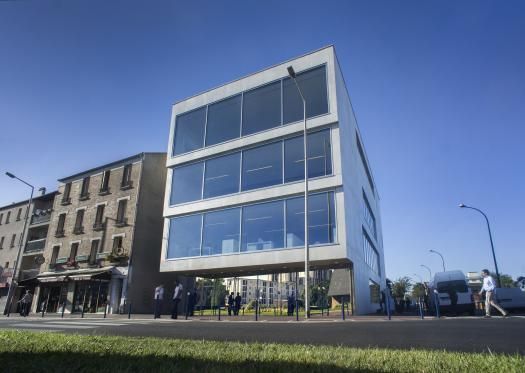 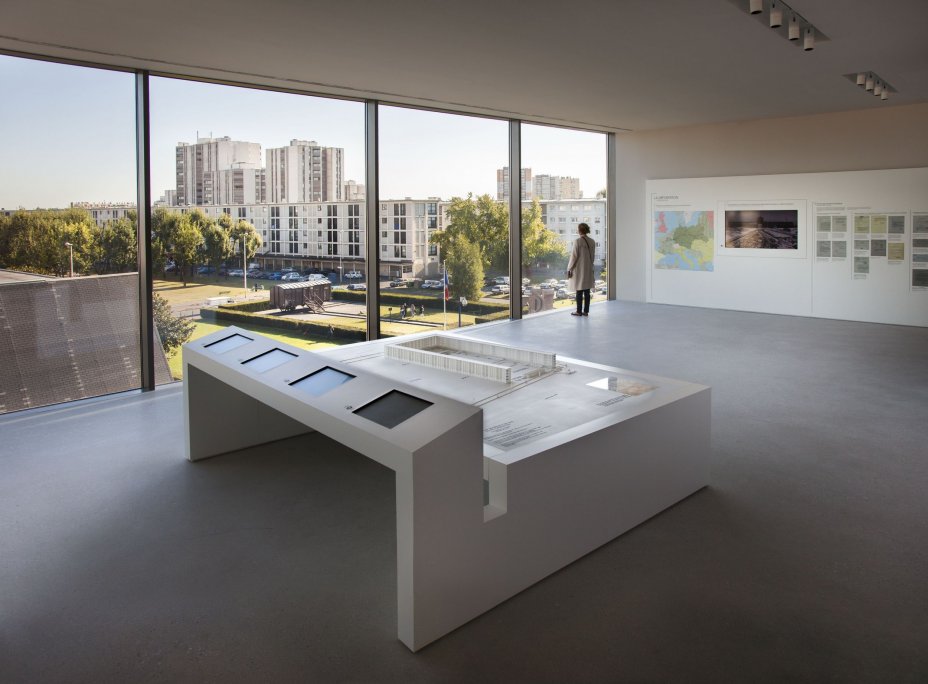 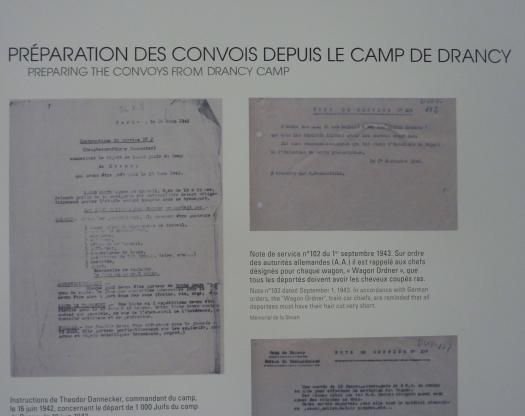 On September 23rd in 2012, 50 years after the deportation of Jews in France towards Nazi extermination camps, the former French President François Hollande inaugurated the Shoah Memorial located in Drancy, a Northeastern Paris suburb in France. The Memorial building on the internment camp faces the social housing complex Cité de la Muette. The complex was initially destined to be one of the first social housing buildings in France. During WWII, the Cité de la Muette was requisitioned as an internment camp to be used as a transit detention camp by the Nazis to keep French, Polish and German Jewish victims of the massive arrest before their deportation from France to extermination camps.

The first decade of the 20th century saw a new wave of skyscraper construction in the interwar years. Throughout the thirties, the housing sector became one of the French Government’s priorities to relocate families. The Cité de la Muette housing estate in Drancy started its life as one of the most innovative designs for social housing. Consequently, the intervention of the war and the occupation of Northern France by the Nazis in 1940 meant that the estate remained unfinished and was used as the main camp for the round-up of Jews prior to their deportation to concentration camps.

In 1941, the camp was an internment camp for rounding up Jews for deportation to the extermination camps. Between 1942 and 1944 about 63,000 Jews were deported from there to the extermination camps among the 76,000 Jews deported from France. Many distinguished French Jewish intellectuals and artists were held in Drancy, including the poet Max Jacob, the choreographer Renee Blum and the philosopher Tristan Bernard. After the war, the Cité de la Muette replayed the role of social housing. The new memorial centre overlooks the Cité de la Muette a social housing project conceived about a decade ago. The site was confiscated by the Germans, and it was the camp to transit Jewish people. After the tragic war conflict, it was generally recognised that the housing sector and the building play back the role of the public low-income social  housing.

On May, 25th in 2001, this social housing complex was listed as an historical monument because of its function during the Second World War, first as an internment camp, then as consolidation before deportation, and is now a commemoration of national memory.

A glimpse of the history of Jewish camps

The Second World War was an unprecedented trauma in the history of mankind. The largest and most destructive conflict which affected more than fifty-five million civilian people. A large extent of remnants and recollections of the many traces of physical and psychological violence is the scene for remembrance on all Shoah Sites. After the war ended, places around the world that had been witness to the most dramatic events of the war became permanent locations of Memorials for the victims and their families.

The Shoah Memorial in Drancy: “Enter, Meditate and do not Forget”!

The Shoah Memorial in Drancy, opened since September, 23rd 2012, is a new place of remembrance in history and education. Built on land provided by the Drancy city hall, the Memorial was designed by the Swiss architect Roger Diener. The center aims to present the history of the Drancy camp with a collection of documents related to the camp and a permanent exhibition from the archives. This achievement was made possible thanks to the support of the French foundation for the memory of the Shoah.

Inauguration of the Drancy Memorial

The French president, Mr François Hollande inaugurated the new Shoah memorial centre in 2012. He urged and insisted on the fact that the French people should learn from this terrible past history and turn to the "transmission" or "passing on" of that difficult period.Extr act from the French president’s speech:

"Our work is no longer about establishing the truth. Today, our work is to transmit. That is the spirit of this memorial. "Transmission" is where the future of remembering resides. In continuation of its missions, the Shoah Memorial has now  opened a new place in Drancy, this urban city in the north East of Paris and which was once the site of a major massive transit camp for Jewish deportation to death in the East”

A new memorial center for all

50 years after the deportation of the Jews of France towards Nazi extermination camps, the Shoah foundation inaugurated a new site at Drancy on the 23rd of September in 2012.

The new building is located near the “Cité de la Muette housing complex” opposite the Drancy camp. This proximity seems to give additional strength to the site as a huge window on history. A very simple transparent wall building, the passer-by can see what is going on inside, a sort of reminiscence of memories through the transparent façade as if to remove the horror of confinement. The words "Passer-by, Meditate and do not forget" engraved on it. In August 1941, the social apartment complex in the Parisian suburb of Drancy, built between 1931 and 1934 was used for internment. In 2012, a memorial complex was build on the former camp premises, including a railway car which is also used as a museum. This new complex is located in front of "Cité de la Muette" the low-income social housing. Simple and transparent, the 2500 m² space of glass-walled of five floors includes rooms in the basement and reception spaces on the ground floor. The building has five levels and each floor has a specific space. It houses several conference rooms, educational rooms in which to receive groups and all visitors, a documentation centre and a permanent exhibition room on the history of the Drancy camp.

An entire level is dedicated to the permanent exhibition with the contribution of the documentary filmmakers, Patrick Rotman and Delphine Gleize. Richly documented testimonies and images emphasise and explain with pure clarity the darkness of that period which commands respect and calm. The new place is marked by research. The documentation centre and the library occupies an entire level where you can go to make research on people. You can personally contribute by giving information about your ancestors who were on the camp. The permanent staff are all trained to help you. The other three levels have a conference room in the basement, a spacious reception area on the ground floor and rooms to accommodate educational groups.

Entrance is free and open to all, this newly constructed remembrance space centre is managed by the French Shoah administration whose aim is to present the history of this camp. Thanks to the Drancy city hall for the donation of the land and the support of the French Shoah organisation, this Drancy camp project was made possible. The documentation centre has a permanent staff on the site and is devoted to the history and education of the Drancy camp.

Today, the Drancy Memorial offers a program dedicated specially to school adapted to different levels of knowledge and sensitivity. There are regular support initiatives launched by the French Ministry of national education and by teachers to  display and reveal the history of the camp. Various activities are offered to allow final-year Secondary students to discover a site that was the hub of the deportation of Jews in France. Explanation and Transmission The Memorial is also a support for the mediation centre between the site of the former camp and the public. Relaying messages by those witnesses of history for transmission is the most important mission. A permanent exhibition richly documented on the Shoah history of the central role of the Drancy camp in the exclusion of Jews in France during World War II, allows the public and the younger generation to learn about  the history played in the “Cité de la Muette”

Opening hours
Open Sunday to Thursday 10am to 6pm. Closed on some French national holidays and some Jewish holidays.

By train
The RER train network connects Paris directly to all suburbs including airports, Eurostar and Thalys.
Line RER B to Le Bourget and bus 146
Line RER B to Drancy and bus 148

Free transport only on Sunday - Paris/Drancy

The project house of the athletes' village in Saint-Ouen
Cruise from the Saint-Martin canal to the Seine : best of both worlds
Cruise "Spécial Crêpes" on the Canal St-Martin and the Seine
Parisian Guinguette cruise on the Seine river
Seine-Saint-Denis Tourisme
140, avenue Jean Lolive
93695 Pantin Cedex
Tél. 01 49 15 98 98