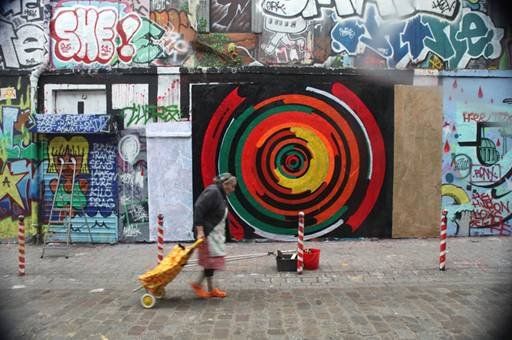 Hélène Laxenaire alias Surfil intervenes in the most various of artistic fields from graphic illustration to moving pictures, including mural and theatre deco. Pictures in movement is at the heart of her work.

After encountering Jean Faucheur in 2002, Hélène Laxenaire developed an urban approach to her artwork. She took on the creation of large scale advertising posters 4x3m that she perceives as screenshot images that she applies to the street. Her idea to consider the frame of these large scale posters like a movie canvas impelled her into designing large scale poster sets, where each image is like a sequenced urban “frame by frame”.