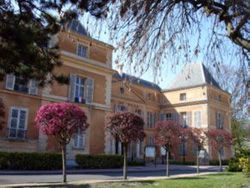 Clichy-sous-Bois, as its name suggests, has still widely visible forest origins despite its urbanization.

The name comes from the Latin word Clipiacum, derived from the patronymic Clepius, name of the domain owner. Clichy-sous-Bois “flows” from east to west in the direction of Paris. The city is located in the region of Aulnoye, the name alone exudes a forest. The first mention of the existence of the town appeared during the reign of Dagobert. The Templiers, at that time, were the owners of all this wooded area. On confiscation of their property, the estate passed into the hands of the Grand Prior of France until the Revolution.

Supposed to have taken place under the Old regime (the political system in pre-Revolution France), legend has it that three merchants, attacked by brigands, were saved by an angel. To commemorate this miraculous rescue, a chapel named Notre-Dame-des-Anges was built. The church and its pilgrimage in the month of September attracted a large number of pilgrims from the mid-nineteenth century to the Second World War. This made the reputation of the village made up of 1000 inhabitants, consisting then of just a few farms and bourgeois villas.

Clichy witnessed a wave of construction from the 1960’s on that has given its current aspect. Despite this rapid urbanization, the city has been able to preserve its protected wide green spaces such as Bondy forest. Some buildings are recorded as historical monuments including the town hall and église Saint-Denis. Renowned architects such as Chemetov or Pierre Boudon worked together to build the future buildings of the town.