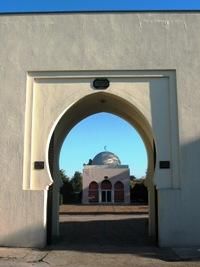 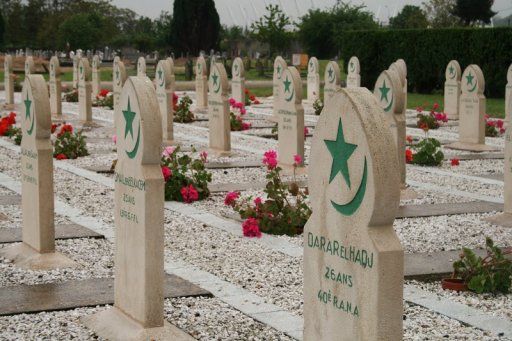 In the late 1920s, more than fifty thousand North Africans were living in the department of Seine. This population worried the authorities. In 1925, the Paris municipal council created a department attached to the prefecture of police concerning North-African native issues. Over the following decade, while we celebrated the centenary of the conquest of Algeria, the Mosque of Paris, the Franco-Muslim hospital and the Muslim cemetery were inaugurated simultaneousmy, and they all which depended on this department.

Control of the colonial population by medical and social assistance

On 15th September 1926, a first clinic for North African women only, was opened on rue Lecomte in the 17th arrondissement. Then in 1928, the Paris mosque opened its own clinic. Five years later, a third dispensary was created on rue Tiphaine in the 15th arrondissement. An agreement to build a “Franco-Muslim" hospital was accepted unanimously by the Paris City Council  on 11th July 1929. This agreement was officialised by the Seine General Council on 9th July 1930. Its special status named it a departmental hospital (as it did not depend on the public hospital) and could only receive Muslim patients from the French colonies. In the fight against syphilis and tuberculosis, for the preservation of public health (a scourge that at that time affected all the underprivileged regardless of their origin) medical and social assistance for colonial workers became a way to supervise this rather unclear population.

In 1933, the Paris City Council declared that "thorough and constant control of North African workers was necessary." It continued by adding "Can you imagine what this confused, anonymous  mass of people would be like, if it were impossible to isolate, identify with certainty, the units that compose it?" The particular arrangements around the construction of the Franco-Muslim hospital, relating to the "customs, rituals, Muslim traditions and cultures justifying for those behind this, the creation of a particular institution, with « specific » rules and regulations.

A Franco-Muslim hospital in Bobigny

Paris refused to accommodate such a structure on its territory so the site located in Bobigny was retained. The hospital was the work of two renowned architects known for their many creations in Paris. Léon Azéma, coauthor of the Palais du Trocadero and the Paris-Saint-Lazare sorting centre, and Maurice Mantout, architect of the Paris mosque. Both won the "Prix de Rome" in architecture 1921. In the two architects specifications manuals, it is mentioned that they should "give the constructions, without causing additional expenditure and keeping the style sober, a character specific to Muslim architecture." Built in a 8-hectare green setting, the building indeed has a sophisticated Moorish-like architecture, especially the grand entrance to the hospital. The central building is the link between Eastern tradition and Western modernism.

It is, in principle, demanded that the staff have notions of Arabic and Berber. Three lessons of one hour each to learn the language and one and a half hour tuitions are given to the nurses to teach them geography and a better knowledge of Muslim history and customs. Armed with this micro-luggage, they are supposed to “understand more easily the muslim mentality”. The doctors who work there have, for the majority of them, a connection with North Africa. Food and religious practices are strictly respected. The Franco-Muslim hospital was inaugurated on 22nd March 1935 and admitted men only. It had three hundred beds. In 1962, the hospital was attached to “Assistance Publique-Hôpitaux de Paris”. It was opened to women and the rest of the population when they discovered that a large part of it was vacant. In 1978, Franco-Muslim became Avicenne hospital (980-1037), the name of a great man who was a Muslim, doctor, philosopher, poet and musician. He is the author of "Canon de la medicine", a synthesis of medical knowledge of his time and « Al shifa : the book of healing process, a philosophical encyclopedia ». Together with Averroès he contributed in communicating about Aristote and the origins of Greek Thoughts in the European faculties during the Middle Ages. Avicenne died of a stomach Illness after over-indulging in work and pleasure.

A Muslim cemetery reserved for the hospital deceased

Patients coming to the Franco-Muslim were the poor working class population, those who were crammed into slums in the suburbs of Paris. Many died in this hospital and Bobigny town refused to take responsability of burying this population  in the cemetery which was becoming too small for its own population. Moreover, no one could support the costs of these men without families and secondly, Muslim rites required particular specifications that the communal cemetery could not respond to.  A presidential decree authorised the creation of a cemetery reserved exclusively to people who died at the Franco-Muslim hospital. The land chosen was two kilometers from the medical building at a place called Haute-Borne. It had a private status managed by the Franco-Muslim hospital.

Conception of the cemetery was given to the architect Edouard Crevel. Of Moorish inspiration, just like the hospital, access is through a wooden door carved in a broken arc. Opened in 1937, the cemetery was inaugurated without fuss by a Prefect of Seine delegate  and the mayor of Bobigny, in the presence of the General Resident of Tunisia in France. The first sepultures, marked with a star and crescent, testify to the young age of the deceased (less than 50 years old), but medical advances are also found on these grave stones, now closer to European funerary styles. The cemetery is open to Muslims who died outside of the hospital and families are no longer obliged to send their deceased to their original country. They can, too, be buried in this place where it is possible to observe all rituals.

In 1997, the Muslim cemetery let go its private status for the benefit of Aubervilliers, Bobigny, Drancy and La Courneuve and new spaces were built there. This place is a testimony of the integration of North African workers with some famous names such as Princess Selma (1916-1942), whose fate was related by her daughter in a novel, "On behalf of the Dead Princess ", translated into twenty languages, and the Kabylian Mohamed Adjani (1923-1983), who came to France to join the army and who is the father of the famous Isabelle, or Akber Aga Sheikh Ul-Islam (1891 -1961), the Foreign Minister of Azerbaijan who represented his country at the Peace Conference in Versailles in 1919. The Muslim cemetery in Bobigny is one of the few existing elements of the heritage immigration history in France. It has become a listed historical monument since 2006.

At the same time as the cemetery, a mosque was created within its walls. This is actually a simple prayer room, but it allows one to observe the rituals pertaining to Muslim burials. Access is, as for the hôpital, through an entrance with a Moorish arch and a decorated gate opening on to the prayer room located inside the cemetery. Soil from the Mecca has been filled here so that Muslims can be buried in sacred ground. After concession of the cemetery to the intercommunal association, the "mosque" remained the property of the Public Assistance hospital. There are five places of worship for Muslims in Bobigny, mostly located in homes or cellars. The most important of them is the Sonacotra hostel, located in the Hector Berlioz district. Nearly eight hundred followers go there for their Friday prayers, but its small size obliges almost half of them to pray outside. Moreover, only the prayer room in the Avicenne hospital cemetery allows a small number of women to pray there. So Muslim women must pray at home.

The Bobigny Muslim Cultural Association (the ACMB is an association regulated by the law of 1901), launched in 1997, the idea of ‌‌building a real mosque in the town. In 2002, the Muslims in Bobigny created AMB. The Bobigny Muslim association is regulated by the law of 1905 allowing it to set up the project. In October 2004, AMB  signed up with the municipality a long lease for a land which measures 2.280m2 located in the center of the town where they built a mosque and a cultural center. This mosque which, initially, had no project to include a minaret, accommodates about one thousand five hundred worshippers. The first stone was laid on 26th May 2006 but as its construction depends on donations no one knows when the mosque will be completed.

The first genuine mosque in Seine Saint Denis was inaugurated in Bondy in 2005. Since then, other building projects were implemented as in Tremblay-en-France where mosque construction began in 2005 and was inaugurated in 2011. The first stone for the Great Mosque of Montreuil was laid on 30th December 2006 and work was completed in 2010, and in Bagnolet, the mosque with minaret, whose facades overlook the ring road, was inaugurated in 2013.

At Pré-Saint-Gervais a cultural center project associated with a major cultural pole was launched thanks to the proposal of land by the town authorities. The building permit was granted in 2012, but funding for construction work of the cultural part,  entirely supported by the worshippers of the current place of prayer, has not been raised so construction has been stalled.

In Blanc-Mesnil, major construction of the future religious building has been completed while in Clichy-Montfermeil, practicing Muslim associations  are looking for land. Several projects are underway in various towns in the department such as Stains and Saint-Denis where projects are in preparation to replace those small places of worship, judged dilapidatedor unsafe.

However, it is possible to practice worship at the mosque in Villepinte, near the station Vert-Galant, at the  Rose des Vents mosque rue Auguste Renoir in Aulnay-sous-Bois, or in Sevran at chemin de Savigny.