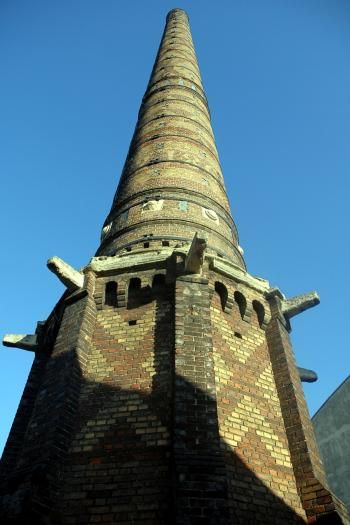 An 1810 law, relative to factories and insalubrious workshops, inconvenient or simply dangerous also applied to matchstick factories because of the risk of fire and explosions. Their installation was only approved follwing a public enquiry  know as commodo and incommodo, far from residential areas.

Matchstick factories set up in Pantin and Aubervilliers

After this law, Parisian matchstick manufacturers looked for cheap and isolated land around the towns adjacent to Paris. Thus three matchstick factories were set up in Pantin in the 1850s, including the one belonging to lords Lancastets and Rimailho, situated on the road to Aubervilliers (today avenue Edouard-Vaillant), and one in Aubervilliers, the Delabarre factory, in a place known as La Motte, rue du Vivier (now known as  rue Henri-Barbusse). The matchstick factory in Pantin housed a first building facing the road, which was used to accommodate about thirty staff members, foremen and machine workers. The workshops were located at the back of the building. All weredemolished in the early sixties. The Jean-Lolive school was constructed on the site.

The one in Aubervilliers, completely rebuilt in 1902, was located on strips of land, just like its neighbors for vegetable growing  and fruit trees. Within a walled property, of about 5000 square meters, was  a house, a dozen workshops and hangars.

In 1872, the matchstick factory employed eighty people: twenty man, twenty women and … forty children…! The law of August 2nd 1872 established that the French state had the monopoly to manufacture and sell chemical matches. All French factories were expropriated. The French State chose to entrust the the operation to a private company for a fee on the basis of an annual sale of forty billion matches. The General Company for Chemical Matches preserved a dozen production sites from the  thousand existing throughout France including the site belonging to the Rimailho brothers in Pantin and to Mrs Delebarre in Aubervilliers, and grouped together under one management.

To complete the package, the Company bought an old distillery in Pantin, between la rue Sainte-Margueriteand Rue de Flandre (today avenue Jean-Jaures) which was transformed into the headquarters for all three establishments. It was the most important site in France as it produced about thirteen billion matches out of the twenty seven billion produced in 1887.

The invention of chemical matches

The matchstick, around since ancient times, was used to light something from an already burning source. The invention of the chemical match, to produce fire, was a novelty that spread nationwide from 1830 on. This invention involved dipping one end of the match into a chemical pulp to form the « button » of the match. This could be ignited by simply rubbing on any rough surface, including trousers. Given its immediate success and approval by all rural and urban consumers, this invention took precedence over impractical devices such as the lighter made of steel, flint or tinder. A survey in 1847 enumerated forty three Parisian factories and this new way of making fire, employing about seven hundred workers. And even then it concerned just the twelve former districts of Paris, before annexation in 1860. This survey did not include workshops and factories which had begun to move outside the capital.

After the Franco-German war of 1870, France in addition to the expenses caused by the war, had to pay a heavy debt to Germany. To find the money, the government under Adolphe Thiers established a series of tax measures including a tax on matches which included placing a sticker on the box. To these unpopular measures was added an insalubrious problem for workers in the factories. Even though fires in the workshops were common, they were rarely serious. However, inhalation of white phosphorus used in the manufacture of the « button » of the match made it extremely unhealthy for workers. The chemical evil as it was called by the workers, sometimes fatal, caused atrocious mutilation. Those who suffered from it saw their jawbones detach in blackish fragments amisdt horrific wounds and abcesses (necrosed tissue). A Swedish industrialist, Johan Lundstrom (hence the name of Swedish safety matches), invented in 1852, a process which replaced white phosphorus with harmless red phosphorus, eliminating thus any risk to the workers. These so-called hygienic matches, which required a special friction strip surface on the box, were not totally appreciated by the public. Indeed, they did not light up as well as those that lit on rubbing against pants.

An inconvenience which gave the nickname to the Company « pieces of wood Company against  fire » plus tax caused the outbreak of a number of clandestine factories. Advertisements extolling the effectiveness of blackmarket matches resulted in the Company paying more attention to the pursuit of clandestine manufacturers that the sanitation of its workshops. At the end of 1889, the finance Minister terminated the concession contract and entrusted the monopoly to General Management of the State Manufacture that was already in charge of the tobacco industry. The latter took possession of the factories in Pantin and Aubervilliers.

A modern factory replaced the Delabarre factory in Aubervilliers

At the headquarters located at Rue Sainte-Marguerite, two engineers, Henry Sévène and Emile-David Cahen, developed, in 1898; the ideal match : a new pulp of a dithiophosphoric acid allowing for the manufacturing of safe matches which could be ignited on any surface. Continuing their goal of work sanitation, the two engineers designed a machine in a « closed cup »  to manufacture and package operations thus removing the risk of intoxication. The installation of sixteen of these machines « SC » ( Sévène-Cahen) required reconstruction of the factory. From 1895, a strip of land was acquired in the north. It was an area of 6,400 square meters of alfalfa seed. The law of February, 5th, 1905 authorized construction work,  the central service  of State Manufacture constructions began the construction of the new factory under the direction of the engineer Tiburce Clugnet.

On either side of the central aisle, U-shaped building housed the production workshops and packaging, white matches supply stores and manufactured products. Identically designed, the two buildings fifteen meters in length and shaped in accordance with the land allocated, were built in brickwork on a stone base. The vertical and rectangular windows wzre mounted on lintels made at the Longwy steelworks. The gable roofs covered with interlocking tiles made in Montchanin were punctuated with ventilated skylights and held the roofs together with light metal frameworks taken from the Creusot catalogue. In front of these two production buildings, just behind the entrance gate, two identical pavilions, just like the dots above the  “I” of these two wings, housed, on the ground floor, locker rooms, the caretaker’s lodge and offices. On the upper floor of one of the building, there was the engineer’s lodge while the director lived in the other one.

At the end of the plot of land, in the axis of the central aisle, stood a chimney in the middle of the technical buildings. The brick walls were adorned with decorative motifs, whilst on the iron cast down pipe bowls and on the clay verges of the workshop gable walls, could be found the monogram consisting of one M and two A ( « Manufacture des Allumettes d'Aubervilliers » ). Where manual production required eleven workers to produce one million matches, four workers were enough to operate the new machines. Matchmakers foresaw for some time the risk of dismissal of surplus workers, but the increase of consumption, exceeding 40 billion in 1908, and the reduction to 9 hours of the working day, permitted to keep the workforce active - between 600 and 700 employees, until the First World War. After the conflict, that number gradually decreased without exceeding 300. Match sales that reached 80 billion in 1960; were now faced with competition - integrated fire lighting in the kitchens and disposable lighters among smokers. The decline began, inexorable. Aubervilliers factory was one of the first to close in 1962. Others were to follow with the exception of Saintines, sold by Seita in 2000. It continues to make matches under the brand name FLAM’UP.

The factory chimney is listed as an historical monument

At the time of its construction in 1904, the factory chimney was considered as the most beautiful in Europe. Built on a kind of pedestal with its top crowned with a « big top », both paired with geometric patterns in red and white bricks. The creators had designed it to be put at the service of a State industry. A landmark in the city, it dominated the site from the top of its forty-five meters calculated to resist wind pressures and, like the old printing Illustration factory, it was inseparable from the landscape despite its deindustrialization.

Its height made it possible to ensure sufficient draft for steam engine boilers that ran the mechanical equipment but also the electric generators. In addition, its forty-five meter high structure blew coal smoke far away, and also the yellow and suffocating smoke, which stank out the region. With its brick masonry, millstone and cut-stone, its weight reached up to 1220 tons! Today, it is more than a century old and the old factory chimney is in bad shape. The 1999 storm damaged it and a piece of the iron cast ring protecting the coronation fell. A security perimeter was built around the base. For its restoration, a decree of April, 7th, 2005 issued under the protection of historical monuments and a financing plan were established between the state and local authorities, supported by the Heritage Foundation thanks to the sponsorship of a company headquartered in Aubervilliers.

Rehabilitation and readjustment of the site

In 1967, the vacant premises were affected by the administration of the Domaines à la Documentation française which aimed to gather documentation on France, Europe and the world, to develop, publish and share studies and general information documents on current affairs and citizenship. The old pavilions housed the offices while the workshops and shops were assigned to store archives and printing paper, storage and processing of publications and brochures and periodicals. Then, the Post-Office set up a training center in one of the buildings, a concrete building topped with an 18 - shed covered roof.

In the mid-1990s, a modernization program was undertaken. Buildings were demolished and gave way to an office building constructed according to the plans of the architects Fabrice Dusapin and Francçois Leclercq. Resolutely contemporary (with materials such as aluminum, steel, glass), the new building, opened in 1997 ; contrasted with the manufacturing architecture of the 1900s, even though its two long symmetrical buildings, set back, respected the longitudinal feature of the site since its creation. A bridge on two floors, a fully glazed gallery, links them, showing, in the background, the place where the monumental chimney stands.