LeMoDuLeDeZeeR is a Parisian urban artist. His artwork is essentially based on the composition of a character, a graphic pattern called "Module". This element can be both individual or composed. Once assembled, the module filters the white pattern and offers to the eye a kaleidoscope of multiple interpretations... This binary structure is figurative, abstract, empty and full at the same time. 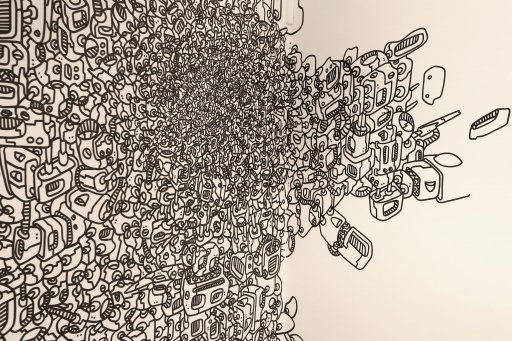 He became popular after 2007 and is now a recognized artist and exhibits in New-York, at the Galerie du Jour Agnès b and the Galerie GZ and Albert Benamou in the 8th district in Paris. During the « Eté du canal » festival in 2014 he painted the emblematic Elis chimney in Pantin along the Ourcq canal.