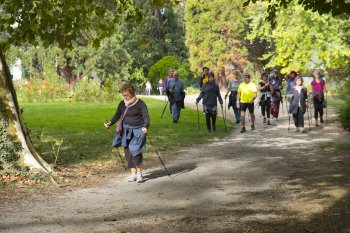 Park Montreau is located in Montreuil, east of Paris. The whole park looks like an eighteen-hectare English park. The park is equipped with many facilities and playgrounds such as a green maze, a rose garden, walking paths, fitness trail paths, ponds as well as a football pitch and a bowling (pétanque) ground. 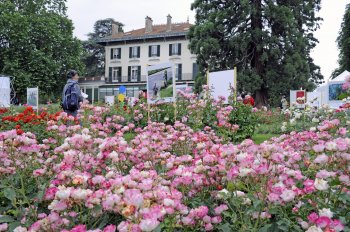 Within the Parc Montreau is located the Museum « Histoire Vivante » of the town. The origin of the Domain of Montreau dates back to the thirteenth century. Many owners succeeded each other. A castle built in the seventeenth century on the foundations of an older building was completely razed by the French military forces in 1870; military engineers said that it hindered  the artillery guns  defending the Avron plateau during the war against Prussia. The surrounding wall, trees and one thousand and three hundred vines were also destroyed. There remains today only a health and housing center. Mr Sueur, was a local industrial trader, he established the leather and skin business, in 1874, in the building which now hosts the Living History Museum . The city acquired the upper part of the park in 1945, and the lower parts belonging to gardeners, was subsequently annexed to the rest of the park.