The technique of light painting

Light painting (or light graffiti) is one of the most innovative forms of urban art that has emerged in the past few years: a real fusion between photography, numeric art and street art. It captures, in the time it takes to take a photo, a luminous painting.

What is Light Painting?

Literally it can be translated by "peinture de lumière" in French. This photographic method is simple: photography with a shutter speed superior by 1 second to a mobile light source. The photo reveals the whole scene, and we can detect all the luminous light traces.

How to make light painting or light graffiti art?

To make light painting requires special equipment. First you will need a camera set on optical zoom, a light source such as a torchlight, a lighter or other, a stable base (such as a tripod), and a dark environment: the darker it is, the more visible the result.
Once the shooting begins, and the button pushed, the subject must make a design with the lamp which will be seen on the photo. The subject will not appear or very little as his shadow will be poorly lit and moving.

This game of light painting has many enthusiasts. It is in Seine-Saint-Denis that we can find one of the forerunners: the artist Marko 93. An emblematic figure of graffiti art, he started in 1988 in the city where he was born, Saint-Denis, and rapidly  developed his own proper aesthetic language abstract calligraphies. 10 years later, attracted by the luminous trails left by car lights, he is one of the first to explore the possibilities of light painting and has since contributed to its popularity.

* His work, in which he paints space and matter with for his only instrument, light, takes him all around the world to mingle with cultures that constantly feed his art. More recently, he turned once again towards paint to reproduce these effects of light on his paintings. In 2011, Marko 93 produced a giant light-painting with 150 people in front of the Saint-Denis Basilica. 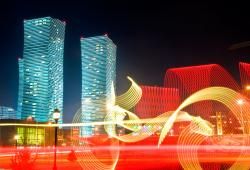 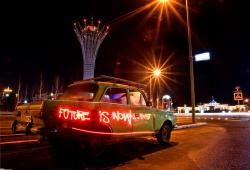 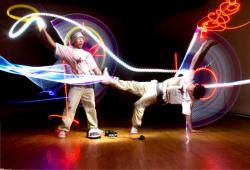 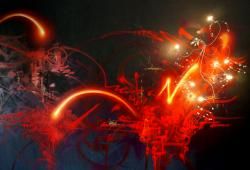