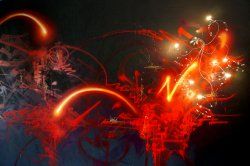 Marko 93 is an artist engaged in light painting who finds his inspiration from some of the most unlikely places and drives out the invisible to capture beams of light.

This street artist native to Saint-Denis often paints in the parisian North-East area. He notably collaborated with Artof Popof and Da Cruz using the name of collectif PoDaMa in 2012 to paint the ancient customs building of Pantin situated along the canal de l'Ourcq. He was involved in the Paris Nuit Blanche 2019.

Marko is an artist with limitless creativity, who, just like light, likes to cross time and space, taking his inspiration from the most unusual places, revealing the invisible on a country road, to the beat of electro music, on the facade of an HLM building (housing projects), sublimating a dancer’s body, redesigning the electrified sky of a big city or paying tributes to great women. In these beams of light, Marko93 captures fragments of souls and penetrates into the life and very heart of the people.

At the dawn of the 21st millennium, in the foootsteps of the unclassifiable Man Ray, Marko started to explore the universe of light-painting: it was the begining of the Future School. Intrigued by the bright streaks left by the headlights of cars on a photo taken at night, he used his artistic representations to master these rays of light in space to offer them eternity. He learned to tame darkness, and to bring out light from shade. He gives public performances for immediate effect. He enlarges his playground, enjoying his growing reputation that takes him all over the planet, from Rio to Hong Kong or Shanghai to Abu Dhabi 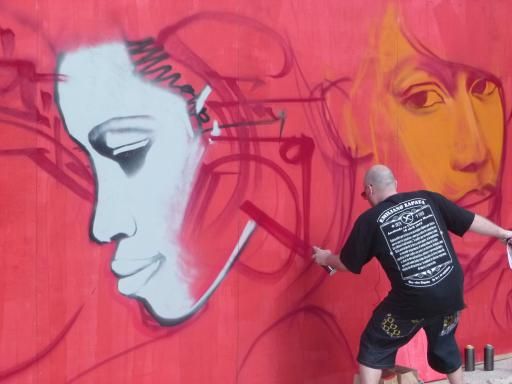 His field of application is very large and the joy of admiring his art is renewed endlessly. Marko, who prefers to perform in public for immediate sharing, takes over eclectic places such as Palais de Tokyo, Quai Branly museum, Grand Palais, Stade de France, Cité des Sciences or the prestigious Mondial de l’Automobile…

To know more about Marko