What to see in Le Bourget 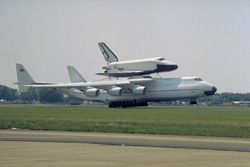 Le Bourget exists entirely around its aviation field from which the town’s history was made; it was built  before Orly airport and hence the only Parisian airport for air travel.

Bourget comes from the latin word "burgellum," a small town. Le Bourget city is historically known for the combats that took place there during October and December 1870, and also for the events that took place on its airfields, created for military needs in 1914. It became the first airport built in Paris before the construction of Orly international airport. It is essentially around all these facts that a visit to the town is developed.

Arriving at Le Bourget RER station, begin your visit by taking a look at the classical and harmonious building that date back from the creation of Soissons railway lines. Note that it was the point of departure of innumerable convoys for the front during the 14 –18 war. The station was used by the Nazis until 1942 for the deportation of Jews interned at Drancy to the death camps as indicated by a commemorative plaque. For that matter, the square near the station is called Place des Déportés.

Walking through rue Francis de Pressensé, you will notice N° 9, the house of a businessman which was built in the same construction materials as his factory but with a designed architecture that combines brick, millstones rocks, colored coating and moldings. The garage at the right of the house was once the house proprietor’s stables. Continue to the end of the road, you will cross avenue Jean Jaures which will take you to the national 2 road and the city hall, a reference to the thirties style. German troops set fire to it when they departed and all the interior was completely restored. The main staircase figures Charles Fouqueret’s mural fresco representing a war scene from 1870.

Leaving the city hall, cross the national road, turn right onto rue du commander Rolland where you will discover N° 15, an elegant blue glazed brick façade dating from 1900. At N° 43, look at Mc Neil Aron Repiquet’s factory dating from the early century and its rich ornamental decoration. A little further on, you will notice the vast concrete nave of the Electromechanical Company of the same period.

Go back to the national road and up the avenue to the right leading onto Place du 11 November, which was for a long time the center of the city, where the “L’Epée brisée” monument  is located. This commemorates the soldiers who died for France in 1870 with the inscription in French "Ils sont morts pour défendre la patrie. L'épée brisée dans leurs vaillantes mains sera forgée de nouveau par leurs descendants." – (They died to defend their country. The broken sword in their Valliant hands will be forged anew in the hands of their descendants).

Stay on the national road to reach a simple church Le Bourget, an urban style, it owes its fame and classification as a historic monument to the fact that commandant Brasseur hid in it and was killed with his men there by the Prussians who rushed to Paris. It is also the place where Commander Rolland was wounded and surrendered to the assailants several hours later with a handful of survivors. The high-altar is surmounted by a bas relief dedicated to Notre-Dame des Ailes.

Walk down the avenue until the intersection “Carrefour de la poste” and turn right onto President Kennedy Avenue, you will arrive at the cemetery in front of the commemorative chapel containing the remains of five hundred soldiers killed during the combat in 1870. In the cemetery, there are the tombs of Commander Rolland, Muissier, the horse-drawn postmaster and a Bavarian monument. Some interesting places can still be seen in Le Bourget such as the hunting lodge of Louix XV (square Charles de Gaulle), the teacher training institute (Rue Roger-Salengro), Paris-Le Bourget Exhibitions Park, or the Air and Space museum, the first in the world for its extensive collection which showcases the first hot-air-balloons to the latest version of Ariane.