The carmel of Saint-Denis 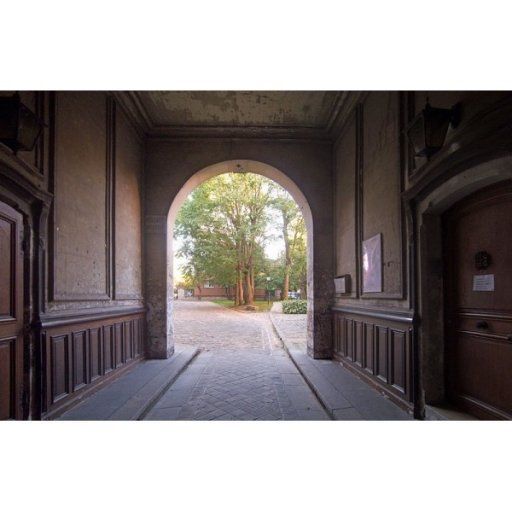 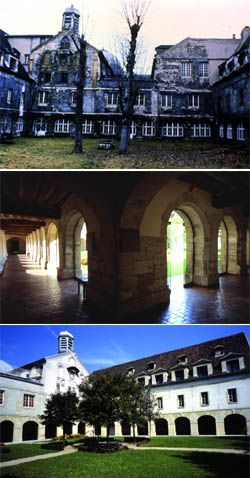 The Carmel of Saint-Denis is the 37th founding of the Order of Notre-Dame-du-Mont-Carmel. Under leadership of Cardinal de la Bérulle, the first eight Carmelites settled in Saint-Denis in 1625. Three years after, Marie de Medicis laid the foundation of the Carmel. This monastery built up a reputation for severity where spiritual life is deeper and discipline more strict. In accordance with the rule, Carmelite’s cells had to help them to create and find their own “desert” in order to deepen their mystical life and access to the vision of God.

Today, the Carmel has been converted into a museum : the Musée d’art et d’histoire of Saint-Denis. A carmelite cell has been rebuilt. It is easy to imagine the austerity of life of these women : a straw mattress on three planks, a shelf for books, a lamp, a jug for ablutions, a hourglass to measure the duration of prayers, a chair and the Grand Spanish Cross.

The Museum presents several paintings which relate the daily life in the Carmel of Saint-Denis. An oil painting by Guillot represents Carmelites in the only warm room along with the infirmary in the Carmel. At the entrance to the Museum, a huge limestone Madonna with Child recalls the importance of the figure of Mary for Carmelites. An inscription, Regina decor carmeli, Beauty Queen of the Carmel corroborates this devotion to The Madonna. This 17th century statue is the oldest known piece of the Carmel.

Louis XV third daughter, Madame Louise de France, had been shocked by the Royal way of life. With the authorization of her father, she entered into the Carmel in 1770 and became Sister Therese of Saint-Augustine, one year later. Louis XV used to visit her very often. Face to face with him, she constantly tried to bring “the King back to God”, discussing religion and salvation. Madame Louise died in the Carmel in 1787. The Musée d’art et d’histoire devotes one complete room to her with portraits and objects that belonged to her.

Born in Nancy, Richard Mique (1728-1794) replaced Jacques Gabriel, architect to the King responsible for the west façade of the Saint-Denis former cloister, the present Maison d’éducation de la Légion d’honneur (a high school for girls). He became principal architect to King Louis XVI. As such, he created the Queen's hamlet in Versailles where Marie-Antoinette played as a shepherdess. He was asked to build the new chapel of Saint-Denis Carmel when the medieval cloister had been destroyed.

At that time neoclassical architecture was in vogue. Richard Mique took his inspiration from Sainte-Geneviève abbey church which had been built by Soufflot in Paris (now the Panthéon). At the entrance of the chapel, the portico is composed of a pediment supported by four pilasters with ionic capitals like a Greco-Roman temple. The construction was inaugurated in 1785; it was financed by Louis XVI. In the 19th century, the chapel was converted into a courthouse. To this day, the pediment carries the inscription “Justice de Paix”.

Today, the architecture of the chapel is located at the entrance of the Musée d’art et d’histoire of Saint-Denis.