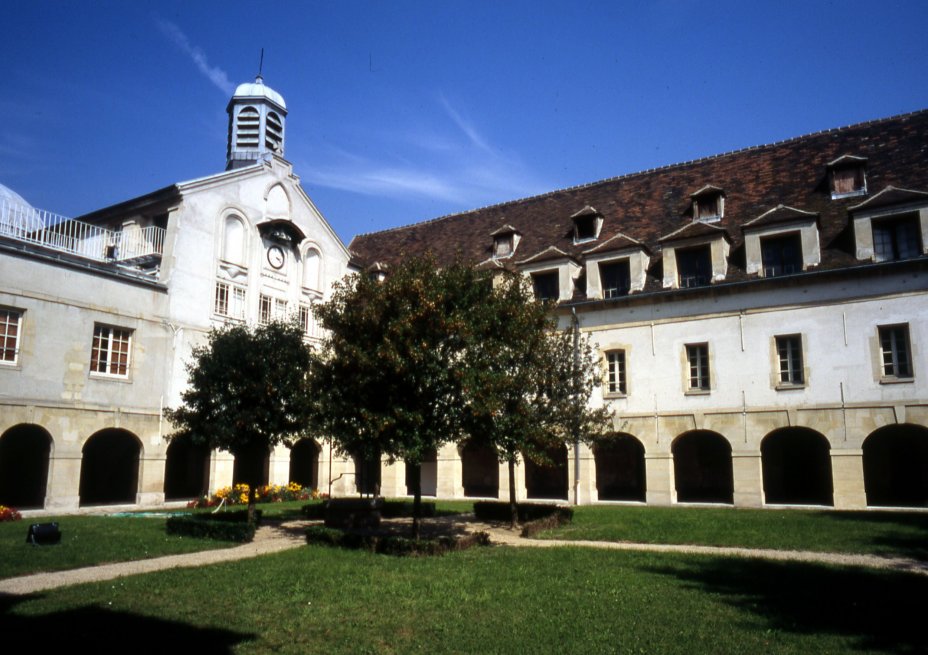 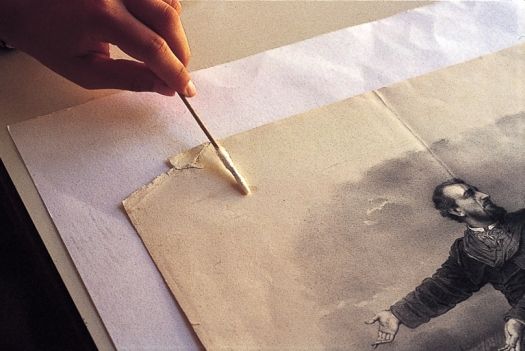 Since 1981, the former Carmelite monastery of Saint-Denis has housed the Paul Eluard Museum of Art and History. The history of the Carmelite monastery, founded in 1625, was illustrated from 1770 to 1787 by the residency of Madame Louise de France, daughter of Louis XV. She undertook numerous works and entrusted the reconstruction of the Chapel to the architect Richard Mique, court architect and author of the Trianon in Versailles.

A museum with original collections

The museum owes its reputation in particular to its collections dedicated to original themes.

On the second floor, numerous objects and paintings illustrate the life of the Carmelite convent, whose most famous resident was Louise de France, daughter of Louis XV. One can see collections of documents and objects evoking the religious city and the life of these women turned towards God.

In the old refectory, the history of Saint-Denis and its abbey is evoked, around which a whole range of craft activities developed. An entire room is devoted to medieval ceramics produced by local artisans today, using traditional techniques.

But these ceramics are not the only discoveries from Saint-Denis! From the Gallo-Romans to the late Middle Ages, archaeological excavations have brought to light many types of objects: sculptures, weapons, furniture, clothing and other objects, more surprising... ice skates!

The Paul Eluard Museum of Art and History in Saint-Denis invites you to discover the richness of its collections on the territory.

The apothecary and the Hôtel-Dieu

The apothecary, a magnificent place all in woodwork, contains a pharmaceutical set considered as one of the most beautiful in France. It was refitted in the old Hôtel-Dieu, whose construction dates back to 1713. 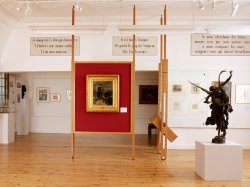 The collections on permanent display offer a rich iconographic and literary overview of the wars of the 19th and 20th centuries: the collection on the siege and the Paris Commune (1870-1871) sheds light on the Franco-Prussian war and the attempt at a Parisian social revolution.

The second floor is dedicated to the 1870 war and the Paris Commune. It is one of the most important collections in the world with caricatures, prints, photographs... and a curiosity to see during a visit: the window of Nicolas Kohl on the Terrible Year. Finally, you can also admire the sumptuous chapel designed by Richard Mique. The museum organizes events around the theme of the Commune, such as this day dedicated to Louise Michel.

In addition to the collection dedicated to Paul Éluard, which evokes the mobilization of the poet between 1914 and 1918 and his commitment through poetry in the resistance during the Second World War, the museum also has in reserve prints of artists who witnessed the First World War. Théophile-Alexandre Steinlen, Francisque Poulbot and Maximilien Luce, give an account of the human dimension of the conflict.

On the occasion of the Centenary of the Great War, the museum has exhibited an exceptional selection of rarely shown works from 1870 and 14-18. Holder of the label "Centenary", the Museum of Art and History of Saint-Denis proposed to confront the points of view of different artists, who from the rear or the front, who give to see men, women and children in the turmoil of the wars of 1870 and 1914. The exhibition Otto Dix, I write to you from the front addressed the daily life of German soldiers in the trenches. The exhibition Bois gravés de la Grande Guerre (André Deslignères) showed the destruction of the war and the life of the poilus on engraved wood.

The museum of art and history also owes its reputation to its collections of prints and caricatures (Gavarni, Daumier...). A unique collection of posters, prints, lithographs and photographs gives a different view of events and contributes to the birth of modern reportage. The drawing room includes 4000 lithographs by Daumier, important collections of caricatures, modern and contemporary prints from the 19th and 21st centuries. A room has been dedicated to Albert André, an impressionist colorist painter, and to Francis Jourdain, a decorative arts designer.

The Louis XV pavilion is dedicated to Paul Éluard, a Dionysian poet (manuscripts, first editions, photographs, public and private life). It relates his life as a poet, his commitments to surrealism and communism. 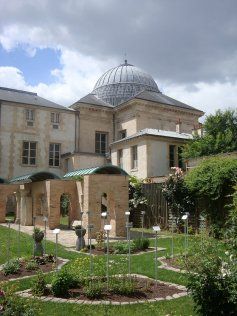 The garden of the 5 senses

Created in 2009 in the domain of the Carmelites, this garden of the 5 senses was conceived to allow blind and visually impaired people, but also everyone, to access sensitive and sensory experiences. We close our eyes and touch delicately, we feel. This garden is open from March to the end of October where specific plants have been planted in connection with the history of the Carmel. A mediator also offers visits and workshops. Ask for the program at 01 42 43 37 57.

Visit the Museum of Art and History

Visit on restoration and conservation

The highlight of the visit on the restoration of paper at the Saint-Denis Museum is the Paul Eluard collection, lithographs by 19th century caricaturists (including 3800 by Daumier), collections from artists' and engravers' studios (Frapier, Delâtre), drawings by Jean Effel and prints by contemporary artists. The works on paper are subject to a preventive conservation and restoration process. The curators will demonstrate their know-how and you will be invited to discover the different stages of this work: dusting, dismantling, cleaning, elimination of residues, elimination of repairs, washing, reattachment of tears, reinforcement of brittlenesses, reinforcement of folds, inlaying of lacunae, lining, and conservation mounting. The quality of the museographic layout and the respect of the original architecture earned the European Museum Prize in 1983.

Throughout the tour, several aspects of Dionysian life are evoked: the distant past of the city since its medieval period, through the presentation of the results of archaeological excavations; the peaceful atmosphere of the Carmelite nuns' life, in the restored cells; the epic of the Paris Commune through documents, paintings and graphic works by Steinlen, Manet or Girardet; the condition of the hospital with the apothecary shop.

Opening hours of the Paul Eluard Museum of Art and History

Summer opening hours: contact the museum of art and history of St Denis.

Rates for the Museum of Art and History