Is everything ok so far? 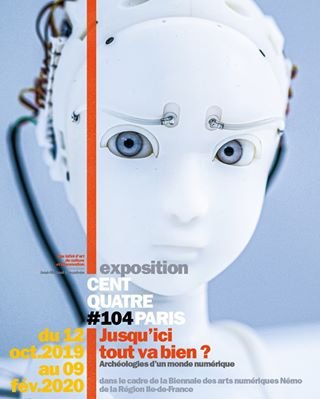 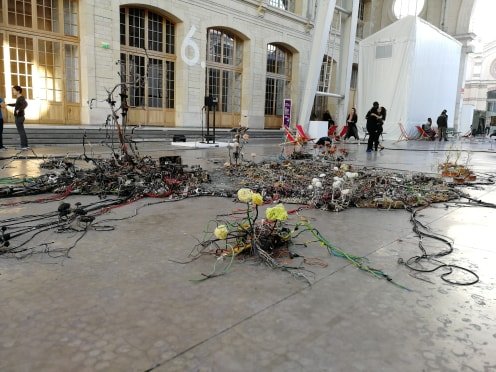 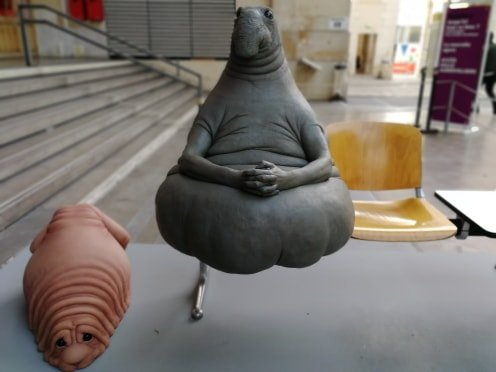 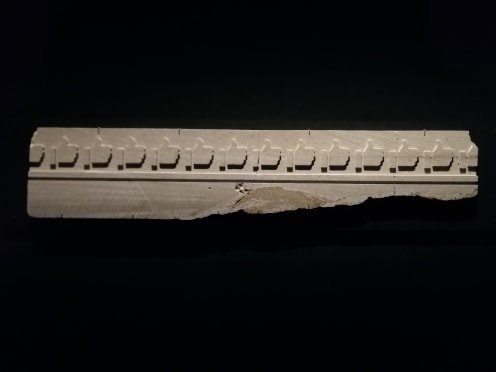 The exhibition Jusqu'ici tout va bien ? (Is everything ok up to now?) is presented as fiction. Imagine that human kind has disappeared from earth in 2019 and that a future civilisation has found homo sapiens sapiens remains. Fossils of emojis, scenes of catastrophy where nature reigns once more, automatic machines… This extinction of man kind would arrive when men were questioning the place of digital, virtual and robotic role in their society and were feeling threatened by technology. The irony would be that this extinction were provoked by machines fixing this moment in an archaeological museum…

Jusqu'ici tout va bien ? is the fourth digital arts exhibition in the Centquatre-Paris art center after Troublemakers, Prosopopées & Les Faits du hasard. This fourth exhibition makes up the main event of Némo, a digital arts fair that takes place in about 40 venues in Paris and around.

The exhibit is open from wednesday to sunday, from 2 am to 7 am.

A second part of the exhibition with video screening will take place in the stables of CENTQUATRE-PARIS from 13th of december to 26th of january. Opening the 13th of december with concert and performance.

Conservatoire Citroën : the parisian museum with the double chevron logo

Le Printemps : The backstage of a luxury department store