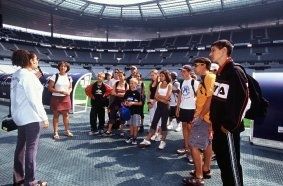 Coach firms, tour operators, travel agents and others involved in organising holiday offers, Seine-Saint-Denis Tourist Board is at your service to assist you in planning your trips to the North-East of Paris.
The North-East of Paris is an area stretching from the Park de la Villette to Charles-de-Gaulle airport.

Trip for groups - Seine-Saint-Denis near Paris

We will help you make your programme even more attractive, to discover the wealth and diversity of this part of Paris and around :

Original tourist attractions, cruises, walking tours, leisure activities...Do not miss tours and events at the Stade de France, the Cathedral Basilica of Saint-Denis, the Flea market of Paris-Saint-Ouen, the Air and Space Museum or the whole area of La Villette.

Events and where to stay

See Calendar of the year's major events and accommodation and facilities for groups.

Group : Not to be missed!

From the Gothic Cathedral to the Cathedral of Sport

Price: 55 € pp / 20 persons minimum
Available: daily, except during events at the Stade de France® or at the Basilica
Duration: 6 hours 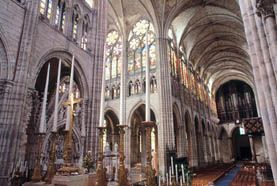 The cathedral basilica of Saint-Denis is the leading monumental masterpiece of XIIth century Gothic art and architecture.

Construction was completed during the reign of Saint-Louis in the XIIIth century and the building was restored by Viollet-le-Duc during the XIXth. It is remarkable by virtue of the diversity of its architectural styles and the wealth of its stained glass windows. The basilica is today both a parish church and a symbol of the history of France, and visitors can admire the world’s largest collection of funerary sculptures, with 70 recumbent effigies and the tombs of numerous sovereigns. 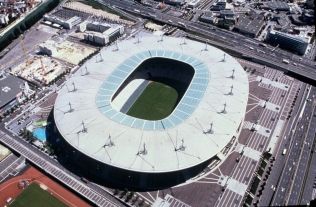 Mythical venue for the 1998 Football World Cup, this is the world’s largest modular Olympic-sized stadium, capable of seating between 80,000 and 100,000 spectators. In addition to top football and rugby matches, it hosts major events such as the Rolling Stones concert, Madona, the opera Carmen, BEN HUR, the 2003 World Athletics Championships and the 2007 Rugby World Cup.

For school trips only

Let us guide you behind the scenes of the “Stade de France”. You will know everything about this French legendary stadium from its design and construction to the organisation of major events. You will discover places usually closed to the public, the changing rooms, walk close to the pitch and sit in the official gallery. Let us tell you the fabulous story of this Parisian temple of sports and entertainment.

A guided visit of the Basilica of Saint-Denis

The church stands on the site of a Gallo-Roman cemetery, the resting place of the saint, Saint-Denis. Let us guide you throw the Carolingian crypt, part of the building consecrated by Charlemagne. Inside the basilica, first monumental masterpiece of Gothic art, you will discover the Royal necropolis : seventy sculpted recumbent statues which illustrate the history of French Monarchy.

You can also reserve with our Tourist Board team (Paris North-East Incoming Agency).

We will be pleased to organise packages and tailor-made tours and itineraries for your groups. 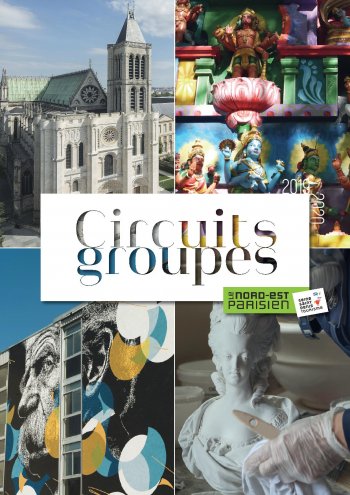 For more detailed information, please consult our Sales Catalogue. It sets out clear practical information to let you organise holidays and breaks directly with sites and service providers in Nord-East Paris.