Discover the reasons for choosing Northeastern Paris for your business event 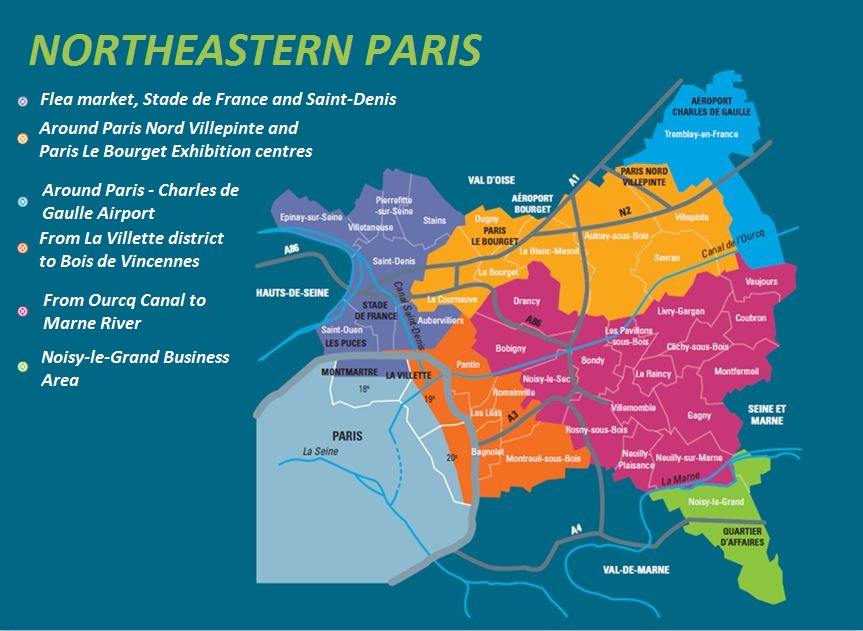 I. A strategic location at the heart of Europe 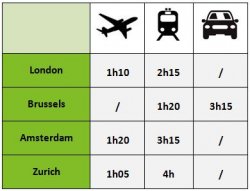 From a 10-person meeting to major international events, Northeastern Paris has a strong knowledge regarding the hosting of all kinds of corporate events.

If standard chain hotels are higly represented (four-stars Novotel or Mercure for instance), independant hotels and other chains with atypical offers are well established on the territory (Mob Hotel, Mama Shelter...).
Among all these hotels, 73 can also offer meeting rooms. For instance, the biggest one is the Novotel Paris Est, with its 609 bedrooms ans 2,5000m² dedicated to professionnal events.

Unlike the center of Paris where surfaces are relatively small due to a dense urbanization, Northeastearn Paris has still available spaces to offers, which allows the building of large infrastructure. For this reason, the territory has welcomed not only the biggest exhibition centre in Europe : Paris Nord Villepinte, but also Paris Le Bourget convention and exhibition centre, and the famous Stade de France.

Besides, rich in its industrial past, it offers old rehabilited factories (such as L'Usine), museums about the history of aviation (Air and Space Museum) and mythical warehouses reconverted into large meeting centers (such as Les Docks de Paris).

At last, there are 70 hotels with meeting rooms, such as the Novotel Paris Est or the Holiday Inn Express Paris - Canal de La Villette.