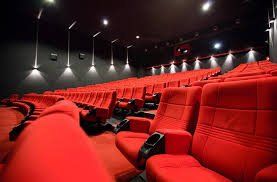 Magic cinema definitely closed on 29 June 2019. A new cinema will be rebuilt.

The Magic Cinema was created 1988 in the town of Bobigny ; it features two theaters (with 285 and 160 seats), showing the latest film screenings in 3D and arthouse movies throughout the year including old movies, but also documentaries and full length current affairs programs. Some film screenings are followed by meetings and debates with actors and directors.

Remember that some cinema screenings are dedicated to a younger audience and students. The Magic Cinema accepts "UGC unlimited cards".

The Magic Cinema – film screenings adapted for the visually impaired

The cinema is integrated into the network Cinema 93.