Beer has been brewed for a very long time in Paris. Still today, you can visit several small breweries in the city and around. These visits demonstrate the know-how of brewers and maltsters who produce dark, lager, white or amber beer. You will also learn how to brew your own beer at home.

During the summer, take part in cruises on the theme of beer on the canal de l’Ourcq (leaving from Bassin de La Villette – place de la bataille de Stalingrad) including tasting sessions and brewing workshops.

Visit the Goutte d’or brewery, created by Thierry Roche located in the 18th arrondissement of Paris. This brewer will demonstrate the various steps of beer production and will answer to all your questions.

In the 20th arrondissement of Paris, Bruno Torres, Master Brewer of La Baleine brewery offers local beers. He will welcome you to his brewery located in a former printing press and share his passion for hops. He will tell you all there is to know about beer production.

Deck and Donohue, new faces of craftsbeer in Montreuil

Thomas Deck and Mike Donohue indeed produced their first brew barely a year ago, but their beer is already available in all venues frequented by beer lovers. Book a guided tour at the Deck and Donohue brewery. They will welcome you to observe their brewing techniques at the end of the day in their “kitchen” located in a former printing press in Montreuil. This brewery is also open on Saturday from 11 a.m. to 2 p.m.

La Montreuilloise was created in 2014 by Jérôme Martinez. It is located in the “Murs à Pêches” district. This brewery participates actively in the community life: a brewing workshop is held weekly on Saturday from 9 a.m. to 1 p.m. and from 3 p.m. to 7 p.m. La Montreuilloise - 97, rue Pierre de Montreuil 93100 Montreuil

The rebirth of Gallia brewery 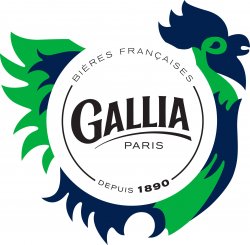 Gallia was a famous Parisian beer brand at the end of the 19th century and at the beginning of the 20th century. In 2009, two young entrepreneurs, Guillaume Roy and Jacques Ferté decided to revive this brand in agreement with the trade mark owner. Simon Hicheur, a Master brewer, has elaborated six different recipies. You can buy these varieties of beer daily from Monday to Friday from 10 a.m. to 12:30 p.m. and from 2 p.m. to 5 p.m. You can also book a guided tour of this brewery. Visit Gallia beer website. 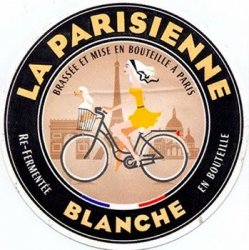 Born and raised by a wine-growers family, Jean Barthélémy Chancel is passionated about handcrafted beers. As a self-taught brewer with a wine-making savoir-faire, he created the Brasserie Artisanale de Luberon in 2011 and La Parisienne brewery in 2014. The features of La Parisienne beers come from its second fermentation: refermentation in the bottle, a naturel process similar to a Champagne method.

Please refer to our food tours and book online!