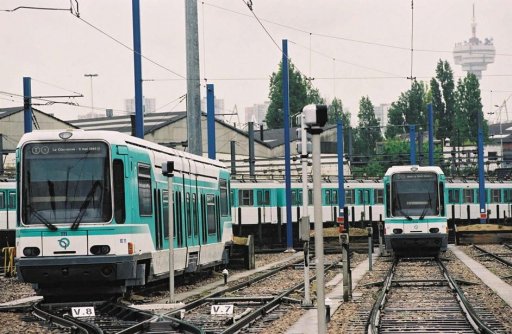 Metropolitan areas such as “Grand Paris” benefit from different types of transport: a public transport network that enables city-residents to get around the city by road transport; air transport for domestic and international travel, river transport for goods or recreation… all these networks require the city to be equipped with infrastructures as well as involving skilled workers related to transport. We propose a programme of visits to discover the off-beaten tracks and behind the scenes of these equipments and to meet the staff who build and operate them. 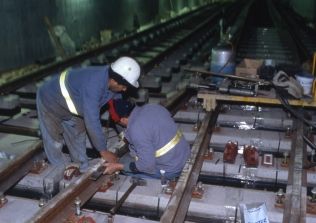 Parisian metro network-RATP manages all public transport in Paris and the surrounding suburbs. This represents16 lines of metro, 2 RER lines, 3 tramway lines, 351 bus lines including 31 lines operating during the night. RATP & RER visits and tours will allow you to see behind the scenes of this network and all its operations: maintenance network, the utilization of metro, bus, tramway tracks, training centers, new metro station construction sites, an overview of work-site projects on the extension of metro tracks… The railway exurban transport network Paris is operated by SNCF which includes the management of five RER lines, eight Transilien lines (serve both metro and RER stations) and one tramway line.

The exurban bus network is largely operated by the Optile Company that runs and handles more than 1000 bus lines and various small local transport companies.

Grand Paris project will totally transform the railway network in Ile de France. Grand Paris Express will certainly be one of the biggest construction sites in the Ile de France region. This project will consist of the extension of two existing lines to the outer areas and the construction of four new automatic metro lines to go right around Paris. These futures metro stations will serve several small towns and the outer metropolitan peripheries and will directly connect the two Parisian international airports: Orly and Roissy Charles de Gaule.

Here is the plan of the future routes and stations of Grand Paris Express.

If you are interested by the new territories of the Grand Paris, don't miss all the insolit visits you can find there.

Book a visit of the transport infrastructures

History of the Parisian canals 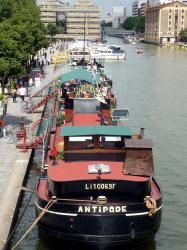 The Parisian metropolitan area was equally able to use its waterways to transport men and goods. Even though it is today mainly for tourism use, the river traffic nevertheless played an important role in the economic and industrial development of the city. The metropolitan area of Paris is crossed by two natural waterways, the Seine and the Marne, and via three canals: Saint-Martin, Saint-Denis and l'Ourcq.

Saint-Denis and l'Ourcq cover almost the entire North East part of Paris making Seine-Saint-Denis one of the most industrialized areas in the region during the second half of the 19th century and the first half of the 20th century. Click here to know more about the history of the canals: Saint-Denis and canal de l'Ourcq.

If waterways in the north east of Paris are no longer used for industrial activities, it is possible to navigate through them to make leisure cruises on various themes. With the event canal de l'Ourcq summer festival, that takes place every year, many cruises and other activities on the river banks are held along the canal from bassin de la Villette to Aulnay sous Bois.

Visits and walking tours on the theme of water are also held throughout the year.

One of the first Parisian airports settled in le Bourget in 1914. At first devoted to military aviation, it gradually transformed over time into a functional airport for passenger transit and commercial activities. The history of Le Bourget airport is closely linked to the development of aviation, so it is quiet natural that it host the Air and Espace museum where more than 350 airplanes are exhibited. They are maintained in exceptional condition thanks to the restoration workshop of the museum and their high capacity to preserve them. The workshop tours are open to the public (registration is required). Le Bourget is the flagship for Parisian events with its business airport and exhibition halls and where the Paris Air Show takes place. 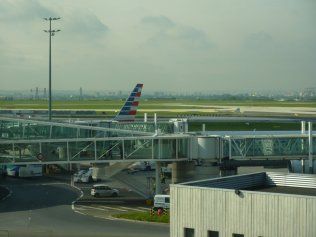 Commonly known as Roissy Charles-de-Gaulle, it is the largest airport hub in France and the second in Europe, after London, and the seventh airport worldwide for passenger traffic with over 60 million passengers in 2012. Paris CDG is operated by the company Airports de Paris which equally manages Orly airport, the second international airport located in the Parisian region. With its three terminals and four runways and due to the size of all the installations, the airport operates like a small town. Check here to find an airport visit.

There are also some other air-related visits located in the north east of Paris such as Eurocopter, fist constructor of civil helicopters, situated at la Courneuve. 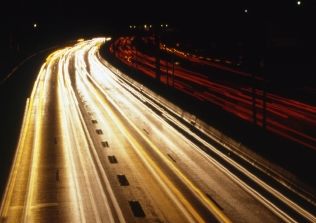 Like every agglomeration, Paris is also equipped with major road and highway infrastructures. And with the peripheral road, the loop connecting all the gates of Paris, several thousand motorists take the Bagnolet interchange, a genuine spaghetti junction in the east of Paris.

Book a guided urban walking visit around the junction of A3 motorway to discover an amazing urban road transport project.

For car enthusiasts, book the Conservatoire Citroën visit at Aulnay-sous-Bois: the museum of the brand presents a collection of more than 300 vehicles dating from 1919 to today.