What to visit in Bondy 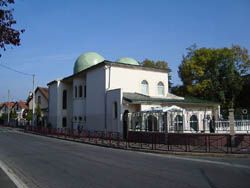 Shaped by the deviation of canal de l’Ourcq and by the railway line Paris/Meaux, Bondy features some buildings and houses that make a trip to the town worthwhile.

The origin of the name Bondy is Latin and was recorded for the first time as: "bonitiacum", meaning estate of Bonitius, a landowner of the territory of Bondy in the sixth or seventh century. Bondy was primarily a largely agricultural town and then became a working class city; like many towns in the suburbs of Paris, Bondy too was detached into three territorial subdivisions from the nineteenth century. This decoupage still has consequences present in the region, although much effort has been done in order to attenuate it:

The city was divided into two, an initiative of a French Law May 10th 1802 which opted for  the opening of a canal derivation from Ourcq River to lead into the bassin de la Villette. Most of the Bondynois condemned the route that bisected the middle of many farmlands. This initiative was not met with enthusiasm from the Bondy population, not more so than the construction of the railway track, twenty years later in 1840. The railway line Paris/Meaux, operational since 1849 was completely accepted by the people to the point that a train station that had not been planned in the original project was constructed due to insistant pressure by the residents.

The most famous resident of Bondy was André Malraux. He became writer and then minister; known since he was four years old when he arrived in the town. Residing above the family grocery store, he was enrolled in a private school institution in rue Saint Denis, which is the actual rue Jules Guesde. Malraux frequented the library and sometimes helped out. In his early teenage years, he left Bondy and integrated the upper primary at rue de Turbigo in Paris. A plaque at number twenty rue Salengro indicates the exact location of the Malraux family grocery store.

What to see in Bondy and interesting places to visit

At Bondy, you can see the Allende centre located at 31st rue Jules-Guesde which housed the city hall and the municipal primary school. The building also served as a church after the war in 1870, as the St.Pierre church had suffered significant damage. The pavilion of the late nineteenth century at François Mitterrand square is where all the necessary equipment for the park was preserved. The music school, the former house of the Glaçon family, with the caretaker’s lodge and porch, both from the nineteenth century. The Mainguy School built in 1893. Canal de l'Ourcq completed in 1822, is now bordered by a cycling track. The grave of Pierre-Augustin Frémin – 1767 to 1827 is in the Cemetery at avenue Henri Barbusse, he was the postmaster and as such is one of the “privileged six” in Bondy. During the night of 20th to 21st  June, 1791, he recognized Louis XVI then in hiding when he stopped at the coaching inn of the town, but refrained from giving the alert.

The Chapel Notre-Dame des Anges, which is an echo of the old chapel lost in the forest, the starting point for a pilgrimage. The church Saint-Pierre built in the thirteenth century, was completely rebuilt in 1750, destroyed in 1871 and was rebuilt again in 1875. The old officinal located at 25 and 38 rue Paul Vaillant Couturier; one of which still has traces of its old window cases with its red brick arcade. The old perfectly preserved bathhouse (1924), a fine example of architecture at that time. The dovecot located at 4 cours de la Republique, already mentioned in the thirteenth century through the oral communication tradition. The Mosque of Bondy is the first authentic mosque built in Seine Saint Denis.

For more information, browse through our pages devoted to accommodation in Bondy. For more information on the city, connect to the official website of Bondy. Within proximity of Bondy, do not miss the visit of Bobigny, Discover Noisy-le-Sec and other towns around Bondy : Drancy, Rosny, Villemomble, Pavillons sous Bois and Aulnay sous Bois.