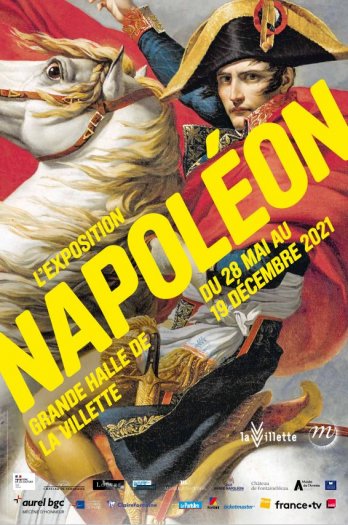 The Réunion des Musées Nationaux proposes an immersive exhibition about Napoleon in the Grande Halle de La Villette from May 28 to September 19, 2021.

Various works and objects will be on display during this exceptional exhibition. Personal objects belonging to the emperor, works created during his reign and contemporary creations inspired by this complex figure, will reveal all the facets of this controversial historical figure through a chronological and didactic scenography. The reconstitutions and digital devices  guide us through the History of France.

A 9-point route interspersed with rooms with reconstructions. An educational path will be dedicated to  children to stick as close as possible to the school program.

Prepare your visit to Paris La Villette and consult our list of hotels in the 19th district and restaurants in La Villette.

Book my ticket for the Napoleon exhibition!