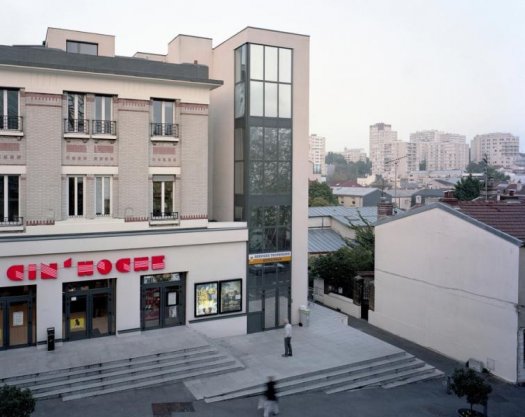 Cin’Hoche cinema is a neighbourhood cinema located in Bagnolet with two projection screens. It is listed Art Et Essai, and labelled Young Public, Research and Discovery and Heritage / listed.

The city of Bagnolet was one of the first in France to open a municipal cinema for the public and it set out to make cinema and culture accessible to everybody. Created in 1977 by the town of Bagnolet, the Cin’Hoche cinema has been  managed since 2011 by the Territorial Public Establishment Est Ensemble and integrated into the Cinema 93 network since 2013.

Cin’Hoche also proposes encounters and workshops and organises events with the cultural and social structures in Bagnolet. It also participates in the national education scheme for film and image "high school students and cinema", "College and cinema" and "school and cinema".  It also proposes structures for kindergartens and elementary schools.

Cin'hoche is open every day except on Monday. For its summer programme, check the Cin'hoche website.

Check our list to find a movie theater near you including the Jacques Tati movie theater in Tremblay and Le Studio in Aubervilliers.