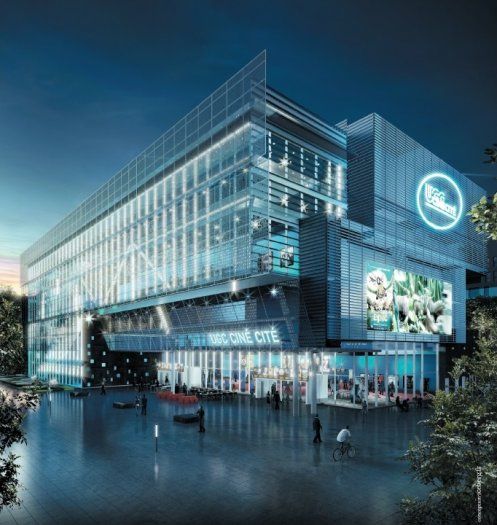 Located  opposite Claude Bernard square in Paris XIXth arrondissement, at the corner of boulevard Macdonald and rue Lounès, the cinema center in Nord-East Paris - UGC Ciné Cité Paris 19 opened in October 2013. It hosts about fourteen movie theatres on 3 floors with access for people with reduced mobility (76 seats are reserved for people with reduced mobility). Some film screenings are in 3D (extra charge for the film and rental of 3D glasses). UGC Ciné Cité Paris 19 offers a diversify of movies for all the public; children, teenagers, adults as well as a large range of films; from the general public to a more demanding public for opera or arthouse movies…

Since 2015, a footbridge allows pedestrians to cross over the ring road which links the UGC Ciné Cité Paris 19 to the parc du Millénaire and the commercial center.

Films in French with French subtitles (VFSTF) are open to all but equally to allow the hearing impaired to have access to a wider choice of films. It is also decided to release foreign language films in the original version with subtitles all year long.

Cinema opens at 10:30 a.m. with preferential rates before noon.