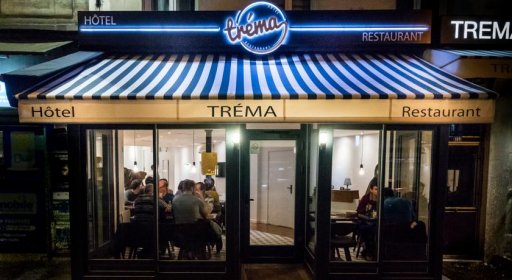 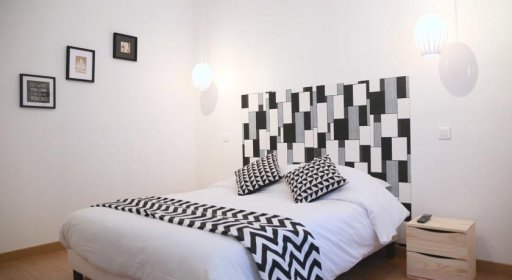 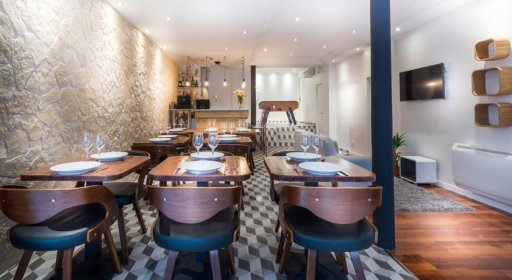 Hotel Tréma is situated in the 19th district of Paris, easily accessible by metro line 7, in a lively commercial quarter. It is located just a few minutes from La Villette, Zénith, Philharmonie of Paris and Cent-Quatre.

Situated close to the 18th district of Paris, hotel Tréma is ideally placed to visit Montmartre and the numerous tourist sites in Paris.

The proximity of Gare du Nord, which is accessible direct by bus, metro, RER and TGV makes for easy access to the airports Orly and Roissy and also for visiting Paris and its region.

This tastefully decorated hotel has 19 rooms with flat screen television and free Wi-Fi connection, a small bathroom with shower. It was completely renovated in 2015 including Bar and restaurant.

Yes, Wi-fi is available in all rooms.

Is lunch and / or dinner provided?

Yes, a restaurant is open to Trema hotel Paris residents and public.

Is there a bar / snack bar?

Yes, there is a bar / snack bar inside Hotel Trema - Paris.

Is there an elevator in Hotel Trema, Paris 19th?

Yes, there is an elevator.

Is there an airport shuttle service from / to Hotel restaurant Tréma Paris?

Yes, a shuttle will take you from the airport to Hotel restaurant Tréma Paris and back.

Other hotels in the area: