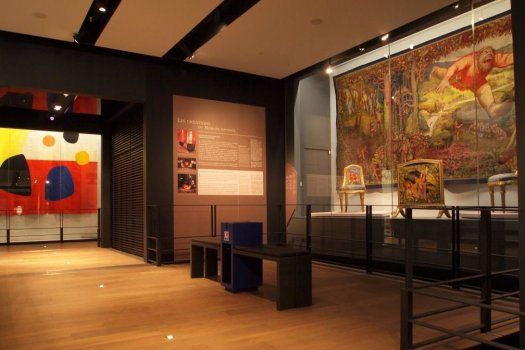 In order to be able to visit “espace Musées” it is essential to be in possession of a boarding pass and to be flying from Hall M at Terminal 2E. If you are taking a plane from Paris-GDG airport with an alliance company sky Team Air to the United States or Asia, it is possible that you embark from gates M at terminal E. Once inside hall M of this terminal, Espace Musées is open from the first to the last flight and entrance is free.

For more information, visit the official website of the Espace Musées. Refer to our accommodation section to find a hotel close to Roissy CDG or to read more about Roissy airport terminal 2.