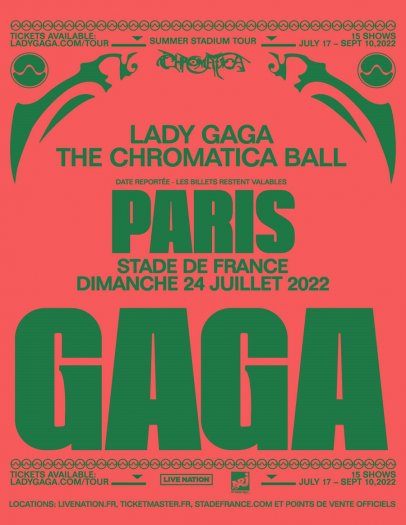 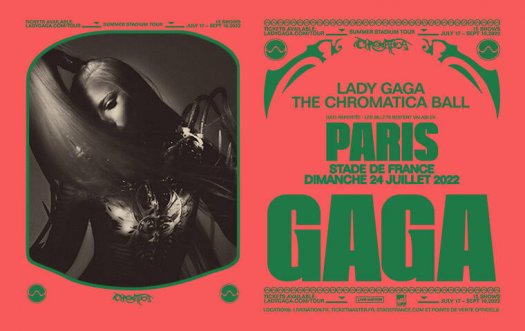 Lady Gaga will perform in Paris Stade de France on 25th July 2021. It will be the only date in France for The Chromatica Ball tour. This eccentric american singer has already put on a show in this mythical stadium that has hosted the biggest names on the international stage such as Coldplay, Red Hot Chili Peppers or Madonna.

The tickets for Lady Gaga’s gig in Paris are now available (see below).

In 2011, Lady Gaga was elected by Forbes Magazine as the celebrity of the year succeeding Oprah Winfrey. Her first album, The Fame, released in 2008 and again released under the name of The Fame Monster the year after. Her second album came out in 2011. Lady Gaga was downloaded so often it broke all records and her twitter profile has a multitude of followers.

Your stay in Paris for Lady Gaga’s show

You can prepare your stay in Paris for Lady Gaga’show: book your hotel near Stade de France.

Take a look at our list of hotels near Stade de France. Those hotels are often fully booked so you can chose an accomodation located near a station on subway line 13 or B line of the RER to get to the Stade de France quickly. You can also book a hotel near Paris Nord train station, one stop away from Stade de France on RER B or D.