Sevran Country Park known as "Parc de la Poudrerie" was created in 1980. It is a large park intertwined with urban life in North East Paris territory. This park is an incredible place and invitation to relax, to enjoy nature or simply to get away from the hustle and bustle of the city and everyday life and work. Grassy tree lines sprinkled with sport fields, picnic areas and swing sets for children.

Stunning “wow” moments in the park

Take your camera and go for some stunning "wow" moments in the park. Each day is a little bit of a voyage discovery of the various activities on the flora and fauna in the park. Tours for all ages are held all through the year on pre-booking.

Believe it or not, this park still boasts some of the vestiges of the past including the national gunpowder factory which was created in 1867. The neighborhood has a significant heritage: the Cité-Jardin. The original heritage vestiges was devoted to the gunpowder factory operated in the years 1873 to 1973, it produced up to 28 tons of powder per day and could employ up to 3000 workers. This site of the museum and parc of the poudrerie is today converted into a peaceful and beautiful urban park of 137 acres located in the territory of Seine Saint Denis around the towns of Sevran, Villepinte, Livry-Gargan and Vaujours. It has been open to the public since 1973. It is crossed by the Canal de L’Ourcq.

It has taken advantage of the relief to include today the vast woodlands of “Tussion and Sablons to create in 1980 endless promenade walks and to offer a green park as part of the plan to improve Parisian quality of life and to protect its natural surroundings with a kind of  “Green Lung” in the metropolitan city. The new parks preserve ancient landscapes while offering a variety of leisure and recreational opportunities, including sports facilities, footpaths and bicycle trails, picnic sites and quiet corners with snacks and children’s playgrounds. If you have no bike you can rent one and the same applies to paddle boats if you want to spend a fun time on the water with your friends and families.

During your walking trails, you will notice many open spaces and herbaceous ponds which are home to the rich natural fauna and flora of the park.

Since 1999, management of the park has been given to the board of Ile de France “Espaces Verts” Management. Classified as a “natural area of ecological interest for flora and fauna” by the French Ministry of Environment and the Natural History museum, the woodlands Park de la Poudrerie shows an undeniable advantage of a great natural concept of conservation as it applies to nature, biodiversity and ecology on fauna and flora with its ponds, moat ditches and nature development.

It includes the Canal de L’Ourcq and the vestiges of its heritage that have been saved from demolition and which today represent the vestiges of the industrial era of the former gunpowder activities.

Direct management of the park was taken over by the Seine-Saint-Denis territory on the 1st January 2011 after eleven years of management by the “Espaces Verts of Ile de France office”. The Natural history museum office provided maintenance of the park for twenty years caring for it, landscaping and fixing broken equipment.

The website of the Natural area of Ecological interest of Fauna and Flora reveals species, plants and animals identified in the Park de la Poudrerie.

The park afforestation is mainly oak, hornbeam type and old sessile oak, chestnut and charms and trees of beech, maple, alder, willow and even some conifers such as pines have also been planted.

The woodlands area is interspersed with many paths. Some of them are very old and are remains of the vestiges of the former world of the park. The paths are now lined up with American walnut trees, horse-chestnut trees, linden-lime tree and plane-trees. The arboriculture of the largest and oldest trees, a kind of arboreal legacy from previous times were rejuvenated after the storm of 1999.  The woodland boasts three permanent and temporary ponds as well as marshes, grassland areas, the lawns and prairies create a true contrast with the rest of the landscape.

Wildlife in the park

Forests in the area of the town of Bondy give shelter to many rare species of wildlife and embrace a naturalistic system of woodland management known as natural regeneration. This area of the park is blessed with a combination of prairie, dry grass lawns, ponds and marshes that are home to a plethora of fauna and flora.

The conception of the park administration to create a natural zone of ZNIEFF: botanical and wildlife -flora and fauna – natural zone, the presence of beetle-dead wood eaters – and longhorn beetles which is a very rare one in the natural fauna in Ile de France was a very precious deal. Ditto for Mystical Clyte Beetle which is an exceedingly rare beetle in Ile de France and can be seen in the woodlands of Tussion as well as Whitethroat or various hardwoods including the hawthorn. Thus, the regeneration of wildlife and living organs is an accomplishment that proves groundbreaking in the field of botanical & wildlife regeneration for a ZNIEFF creation in this park situated in Seine-Saint-Denis in the North East of Paris.

The site also hosts the Tussion Park Whitethroat a remarkably early migrant seen in this urban park, it apparently loves mealworms and aggressively protects its food against Blue-Tits and Blackcaps. It is observed in various hardwoods including the hawthorn thorny shrubs.

Some new migrants' colonists come to meet the park resident and make their home! Skipper of Alcaeus butterfly is a small dry typical grassland butterfly which lays on the flowers on the mallow and pale Lilac kith and kin. This rare species is indeed crucial and a positively identified butterfly for the creation of the protection of the fragile forest ecosystems. It is a haven of natural biodiversity and is preserved and protected at any cost as any loss would be irreversible as these forests also act as the “natural area of ecological interest for flora and fauna” for the ZNIEFF in the Greater Paris area. The dry prairie of grassland benefits the Odonates and Dragonflies. Dragonflies is said to be referred to as Odonates along with damselfies, all of them predators that eat insects. They normally inhabit places near water, ponds as their larves are aquatic known as nymphs and later adult dragonflies. Spend a few hours discovering its delights of colorful butterflies and half-mourning (Melanargia galathea) spotted in the dry meadows too.

Mammals located  in the park and known in the park inventory status reports are relatively common in woodland areas. The expanding populations of the weasel like mammals in the park are marten or the cosmopolitans known as beech marten, pine marten and stone marten as well as the common colonies of bats Pipistrelle. However, one of the concerns of the park staff will aid in their efforts to preserve the two rare bat species flying mammals discovered in the park, they are common in France but very rare in urban areas. They have been identified as the Daubenton’s bat, also called the water-bat due to its habit of skimming low over the water surface and the Murine Whiskered Bat a mainly woodland bat which hunts along hedgerows. These three species, reminiscent of insects, are under the control of the securities of the park staff.

The park water and wetland habitants

Scattered throughout the park are many sparkling ponds and water-bodies. Therefore they are the other big interest of protection by the ZNIEFF network administration. The park’s natural water network of ponds, park-marshes, ditches, moats, fosse and any inland-water-body all constitute very rare habitats for the fauna and flora in urban areas. These common types of ecosystems, bodies of water found within the woodlands of the park, characterized by annual rainfalls include occasional ponds and swamps too. Thus these temporary pools in the Tussion woodlands benefit the amphibians. The small amphibian newt is also found in these temporary ponds. A small nature reserve with ponds in the park is used by three species of newts and home to palmate newts, smooth newts and crested newts. The park ponds give habitats to the three species protected by French law; and also to a breeding colony of the nationally rare and protected Great Crested newt colony and provide ideal nesting for the first two species of newts.

The permanent pools and ponds in the Park located in the town of Sevran known as “la mare au Martin-Pecheur: namely Kingfisher pond” the crescent form pond and Islet pond all favored and conserved these species and amphibians in their local area. Some identified species are: the agile frog, green frog, palmate newt and salamander. 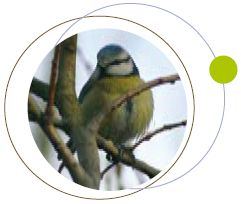 Whilst visiting the park you will hopefully see various types of birds. Local woodlands plan designed by an agreement from the Seine Saint Denis territory council to the ZNIEFF society to regenerate the woodland and parks to ensure that the habitats for wildlife are developed and preserved give them the remarkable job of afforestation. It now hosts a relatively interesting breeding of omnipresent and passing birds on the territory. The woodpecker makes a halt regularly in the park, three couples were seen in 2007. Black woodpecker and breeding pairs of this near passerine birds of the woodpecker family were observed in 2007 near the “Pavillon Maurouard” in the park. Even if they are found worldwide, they are rare species in Ile de France where they are considered unusual.

Barn swallow, long distance migrant rare species in urban areas fly to breeding grounds in the park. Kestrel and sparrowhawk make their nest here too and has often been seen in the area and observed in the territory since 2002.

Barn Swallows have been shown to suffer an age-dependent decline and are considered in decline on a national level. Barn swallows are now established in the national red list of threatened birds and breeders, a list that can be seen at the National Forest Park. Triple band wren and pigeons are also unusual birds in the area and territory of Ile de France. Kingfishers were seen in the Tussion woodland.

If you're a nature lover, don't miss agriculture in Seine-Saint-Denis. 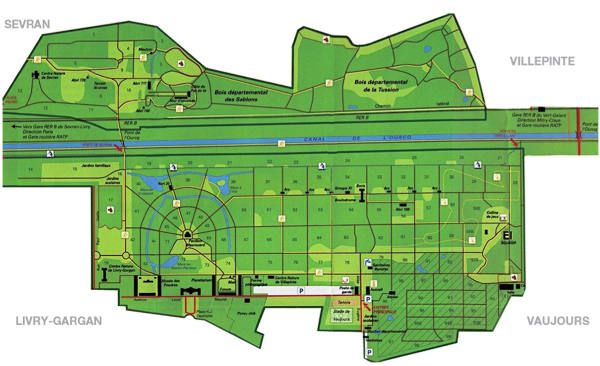