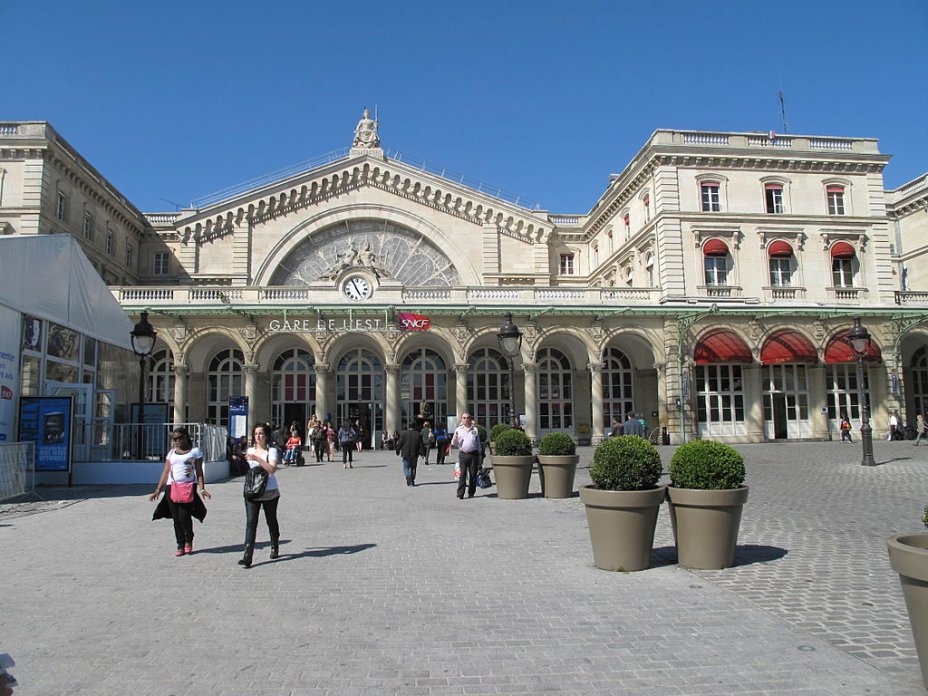 Located in the 10th district of Paris, Gare de L’Est station, also called Paris-Est station is one of the six main Parisian stations run by the national railway network SNCF. Gare de L’Est station is the terminus for trains for the East. It was opened in 1849 by the “Compagnie de Paris – Strasbourg” as “Embarcadère de Strasbourg”. Today it is visited by nearly 34 million passengers a year. The arrival of the high speed train- TGV in 2007 has greatly contributed to its renovation and development. Note that it is not far from Gare du Nord train station, about a five minute walk. Gare du Nord is the biggest transport hub and terminus for national north railway transport and international Eurostars and Thalys… It also gives access to platforms serving main lines such as: RER B, RER D, RER E.

The station is a major railway and underground station ; it serves the main lines to the east : Alsace, la Lorraine et la Champagne-Ardennes, and international lines towards Luxembourg, Switzerland, Germany, Austria and Central Europe. It is also the hub of the Paris network with several links in Ile de France via the Transilien as well as Paris urban transport with several metro and bus lines.

Buy your transilien ticket  (to travel in Paris and Ile-de-France network by métro, RER...) at the Transilien ticket desk located on the Transversal Platform between platform n°15 and 18 on the upper concourse level.

The metro platform is -1 level in the station

Baggage service:  at -1 level for baggage storage and lost property and left luggage.

For accommodation close to Gare de L’Est station, check in our selection of hotels near Paris Gare de l'Est.