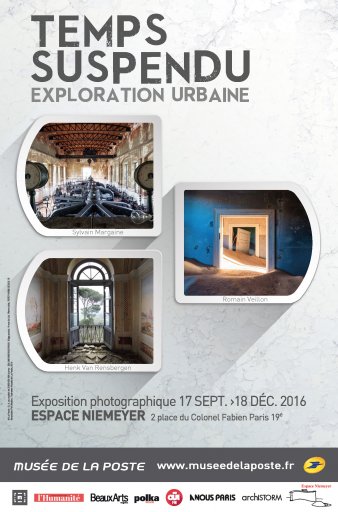 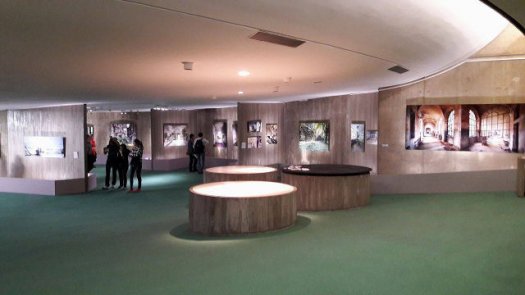 The Niemeyer exhibition space features an exhibition on photography around Urbex. This exhibition is presented by the Musée de la Poste which is being renovated.

The exhibition Temps Suspendu can be visited from Monday to Friday from 11:a.m. to 6:30 p.m. Closed on public holidays.

What is the urbex?

Urbex identifies urban exploration and in particular exploration of sites built by man and left abandoned or not and/ or banned or restrained access. The term covers the collection of data on these places and exploration activity carried out. By extension, it identifies the data collected and in particular the photographs. These abandoned places reveal magnificent clichés where time seems suspended and, or, where nature seems to take back its rights.

The Urbex exhibition in Paris and Seine-Saint-Denis

Urban explorers are interested in various types of places some of whom are to be found in the northeast of Paris.

Urban cataphyll explorers love to visit places buried underground such as catacombs, crypts, construction sites... industrials wastelands, such as Babcock & Wilcox and all abandoned areas are an explorer’s favourite playground. The north east of Paris counts for many abandoned areas occupied by collective groups and artists. They are occupied permanently or temporarily while waiting for redevelopment.